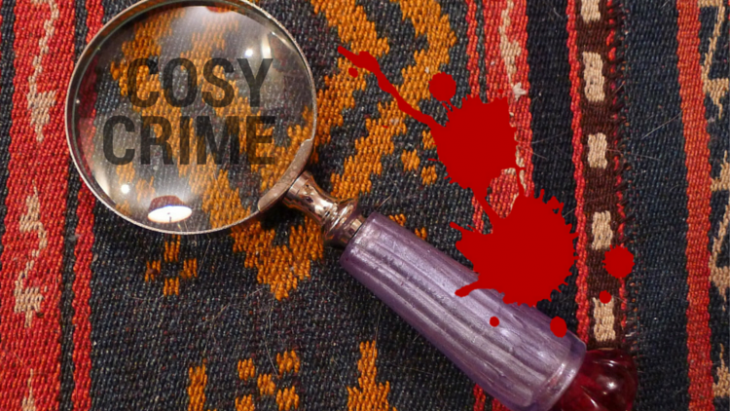 What makes a cosy crime novel and why are they so popular?

Cosy crime, a sub-genre of crime whose stories are sometimes referred to as ‘cosies’, shows no sign of losing its popularity.

Lovers of Agatha Christie know the cosy crime format well: an eccentric but likeable lead character is called upon to investigate and solve a murder case in a way that the hapless police detectives cannot. At the end there is a big reveal - unmasking the culprit to a stunned audience.

Agatha Christie is one of the most well-known authors in this genre. From the 1920s through to the 1970s, she wrote 66 novels, 17 plays and numerous short stories, all of which have enduring appeal and make her one of the top selling authors of all time. Her characters Hercule Poirot and Miss Marple are some of the most well-loved and have been brought to life on screen by so many great actors, most notably by David Suchet as Hercule Poirot from 1989 – 2013 and Joan Hickson as Miss Marple from 1984 - 1992.

In more recent years, other popular characters have emerged, such as Agatha Raisin created by M C Beaton, Rev. Sidney Chambers created by James Runcie, or Miss Phryne Fisher by Kerry Greenwood.  What they all have in common is that they are just like us, our friends, or our neighbours. People with normal lives, who want to find out the truth.

Although most cosies feature at least one murder, it is never described in a gratuitous way and is never as dark in its imagining as in many crime novels. Murder has never really been the point of the cosy crime genre. What makes these novels so enjoyable and well loved is the mystery - the journey from criminal act, through numerous red herrings, to finding and catching the killer, who usually turns out to be the last person you expect. We love to solve a puzzle, and that is what cosies allow us to do: take a journey with these characters and test our detective skills.

If you like Agatha Christie, check out this mystery about Christie herself.