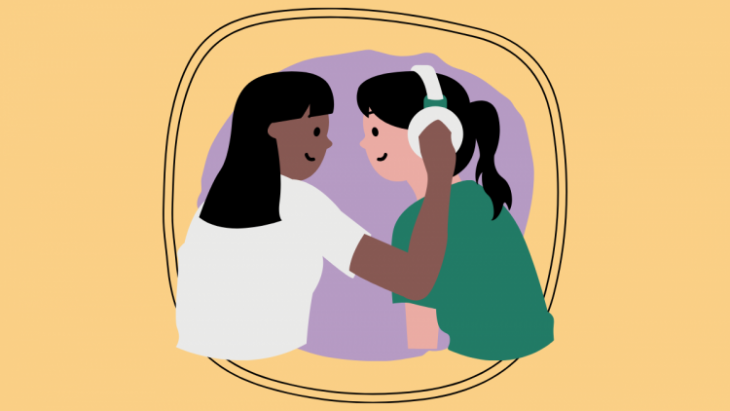 February is LGBT History Month every year in the UK. In 2020, the theme is Poetry, Prose, and Plays, which celebrates the contribution that LGBT+ writers have made to writing of all kinds, from Sappho to Juno Dawson.

You may ask (and many have): why is it so important for LGBT+ characters to be present in fiction? Especially for people who see themselves mirrored on screen and in books regularly, it could be difficult to understand.

As a gay woman myself, and one obsessed with books, having LGBT+ representation in what I am reading is so important. I will always remember the first time I read a book featuring a lesbian relationship (big up Sarah Waters), and the intense feeling of recognition and validation that came with it. I don't need or want to just read about lesbian characters, but seeing myself in that book was life changing.

In short, storytelling tells us about people. Even the most basic stories tell us what the world is like as children: the ugly duckling grows up into a beautiful swan, and Little Red Riding Hood should beware speaking to strangers. So, it is important for fiction to be truly representative, not just so everyone can experience that moment of recognition, but also because stories shape how we see people different to us.

Thankfully, it is easier than ever to find representation in literature. When Val McDermid's first crime novel featuring a lesbian detective was published, only independent publishers would consider it. But in January 2020 a book featuring a gay relationship made the number one spot in the Sunday Times bestseller lists.

So, whether you're seeking that moment of recognition, or just want expand your reading horizons, here are 7 amazing audiobooks you can listen to right now that feature LGBT+ characters:

1. The House on Half Moon Street - Alex Reeve

Alex Reeve's debut novel is not just an atmospheric historical crime story. The main character, Leo Stanhope, is hiding that he is transgender and prefers to keep a quiet life working as a coroner's assistant. That is, until the woman he loves is murdered. Leo vows to find her killer, but soon discovers everyone has secrets. The story deals with complex themes like gender identity and societal prejudices, and has a great detective story at the centre.

Borrow The House on Half Moon Street from our library

If historical fiction isn't your thing, then try this near-future story instead! Jules and Rosie are one of the first couples to take part in a new clinical trial that offers two women the chance to have a female baby together. Around them society struggles with the concept, and a toxic political climate develops around the idea that women are trying to eradicate men entirely. This is often described as a dystopian novel, but if you're thinking post-apocalyptic or totalitarian, then XX doesn't fit that bill. Instead, it is a story about the difficulties of parenthood, about how journalism can fan the flames of extremist politics, and also about the love between its central couple, Rosie and Jules.

Borrow XX from our library

Casey McQuiston had a huge hit in 2019 with this queer rom-com. No wonder - this slow burn romance has an amazing feel-good factor. What starts as a fake friendship between the Prince of Wales and the son of the US President to cement political ties evolves into a love neither of the main characters expect. If the world feels dark and full of terrible politics, then this is a great balm.

4. An Unkindness of Ghosts - Rivers Solomon

In the vein of films like Titanic and Bong Joon Ho's Snowpiercer, An Unkindness of Ghosts comments on society by confining a small group of people to one vessel. But, as this is sci-fi, the vessel is a spaceship named Matilda. Aster, the main character, is nonbinary and neuroatypical, and throughout the story she struggles to decode clues her mother left her. Is there a way off the ship? This may be a difficult read at times due to its subject matter, but it is also wonderfully emotive and full of humour.

Borrow An Unkindness of Ghosts from our library

5. They Both Die at the End - Adam Silvera

As soon as you read the title of this one, you'll know to prepare yourself for a tearjerker. Mateo and Rufus know they are going to die because they've been told they only have one day left. Luckily, the app Last Friend matches them together. Together, on their last day, they try new things and spend time being happy. But, trust me, you'll cry at the end.

Borrow They Both Die at the End from our library

This is a coming out story with a difference. If you're tired of LGBT characters agonising about their identity and whether to come out, then try this book. After her first experience with a woman, Julia accepts her identity quickly, as do the people around her. This is not a book about that - instead, it follows her relationship with Sam. A bit like a cross between the humour of Bridget Jones and the emotional depth and explicit sex scenes of Fleabag.

Borrow In At The Deep End from our library

7. The Art of Being Normal - Lisa Williamson

The Art of Being Normal follows two characters discovering their identity. David, a transgender teen, longs for acceptance. Leo, new to school, just wants to be left alone. When they become unlikely friends, each discovers they have secrets to keep. This audiobook is read by trans actors, which adds another dimension to the story - although the audiobook is currently only available to Listening Books members.

Borrow The Art of Being Normal from our library

What audiobooks featuring LGBT characters are you planning on reading this month? Let us know in the comments!

If you liked this post, you may also like An Interview with Angela Chadwick or Books to Read When The World Feels Awful

Have you tried Libby yet? Log in with your Listening Books details and you can listen to our entire collection - even when you're offline!

Head to the link in our bio to download the app for free!

[ID: White text reads: Borrow it in Libby. Image of a phone with the Listening Books Libby page open on the screen. Options for sorting audiobooks are: just added, popular, random, available now and subjects. Below on the phone screen is a list of audiobooks called top titles of 2021. List description reads: A collection of some of the best books published over the last year... See all 42 titles. Book covers in the list that appear are Cult Following by Bexy Cameron, The Love of a stranger by Carol Drinkwater and A Daughter's Return by Josephine Cox. At the top right corner of the phone screen is the Libby logo.]