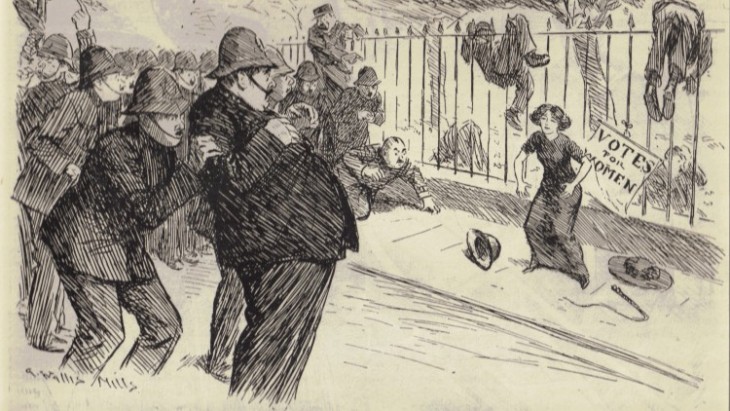 All About the Suffragettes

For today’s post, we’re taking a look at the Suffragette movement and how it forever changed British politics.

Angered by their place in society and economic situation, women, mainly of an upper and middle-class background, struggled to gain basic rights in Britain. ‘The Daily Mail’ first introduced the term “suffragette” to mock the movement, but they instead took it on board and used it to define themselves.

In 1897, The National Union of Women’s Suffrage Societies was founded, led by Millicent Fawcett, to petition, leaflet and campaign. Sadly, it was not very successful. Six years later, Emmeline Pankhurst founded the Women’s Social and Political Union to try a more radical approach, including hunger strikes, but now historians debate whether it actually helped their cause, or hampered it.

By 1912 the movement began to grow all the more militant, with members smashing windows, setting fire to mailboxes and chaining themselves to railings. They even went as far as to detonate bombs after Prime Minister Asquith pulled out of signing a document giving (some) women the right to vote, over fears that they might vote against him the next election.

Leading up to the First World War, around one thousand suffragettes were imprisoned in Britain. But the war changed things, with Suffragettes focusing on the war effort instead of militant activities. This turned public opinion to favour, leading to partial enfranchisement by 1918.

This is just a brief look at the Suffragette struggle, but the whole story is far more fascinating and intriguing. Thankfully, if you’re a Listening Books member, we have a whole bunch of Suffragette books for you to listen to.

Members can stream and download ‘Giant Ladies That Changed The World’ right here, or get the captivating historical novel ‘Park Lane’ on CD as Listening Books number 11680CD.