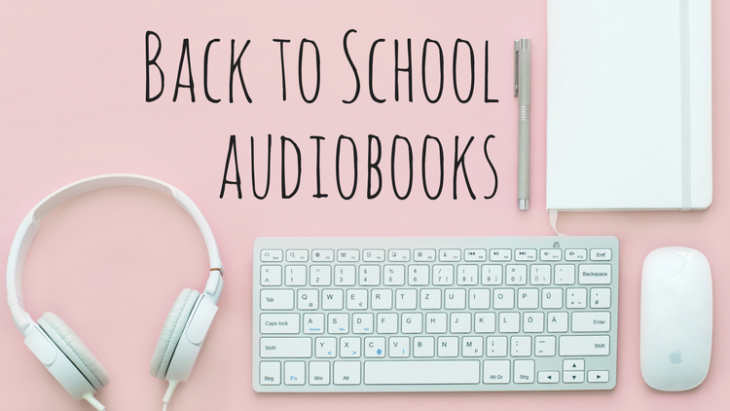 With only a week left to go until the new academic year starts, you're going to want to check out these back to school audiobooks.

History can be really horrible. Do you know why Aztecs liked to eat scum? Or why they had a horrible habit of drinking live toads in wine? Or even when the world is going to end? In this audiobook you can meet the Angry Aztecs, a Mexican tribe where Aztec priests ripped out human hearts! Horrible Histories isn't interested in the boring bits of history.

Shakespeare strikes fear into the heart of even the best students. However, there's no need to be afraid! This Dorling Kindersley audiobook has a chapter for each play. Written in plain English, it explains the plot, themes, and characters clearly. It simplifies some of the complicated, unfamiliar language to make it easier to understand what's happening. Anyone mystified by Macbeth or finding Romeo and Juliet random and jumbled should borrow this audiobook.

If you're starting GCSEs this year, then DNA may be on your syllabus. Listening Books recorded the play as a full-cast drama, so you can really get a sense of the dynamic. DNA follows the lives of a group of teenagers as they try to deal with the disappearance of Adam. It also contains a recording of the notes at the end written by Anthony Banks specifically for those studying GCSE English. The perfect school audiobook accompaniment!

You might have seen a lot about the Paris Agreement and climate change in the news recently, but it's more interesting than Geography can make it sound. In 2006 An Inconvenient Truth was released, a film documentary featuring Al Gore, a former Vice President of the USA, explaining climate change. The film won an Oscar award, and Al Gore received the Nobel Peace Prize. This young adult edition is adapted from the film, and explains some of the major issues and the need for urgent change to solve climate change.

Poems may be shorter than books, but that doesn't make them easier to read! Equally, it's always better to hear poetry read aloud in order to understand the rhythm and meaning. This unabridged audiobook of Yeats poetry also includes the introduction written by Timothy Webb. This will help you understand the context of Yeats' life, important themes like mortality, and how to critically evaluate his poetry. One of the most important school audiobooks for A Level English.

You have heard of Charles Darwin or Albert Einstein, but do you know many women scientists? This book is trying to change that. It profiles fifty notable women in the STEM fields of science, technology, engineering and mathematics. It celebrates the achievements of intrepid women like Marie Curie and Katherine Johnson who paved the way for the next generation of women scientists. If you're interested in science, then this is a great audiobook to find out cool things that you might not learn in school!

Are you listening to any school audiobooks to get ready for the new term? If you're looking forward to the new term, why not try five iPad apps that can help students with dyslexia