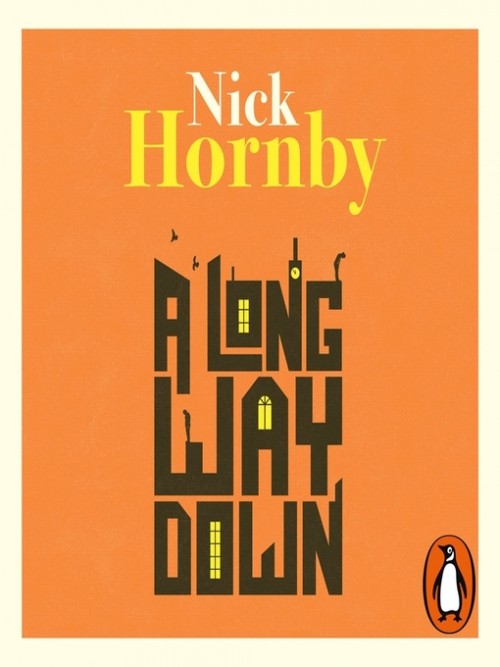 
'Can I explain why I wanted to jump off the top of a tower block?' For disgraced TV presenter Martin Sharp the answer's pretty simple: he has, in his own words, 'pissed his life away'. And on New Year's Eve, he's going to end it all ... But not, as it happens, alone. Because first single-mum Maureen, then eighteen-year-old Jess and lastly American rock-god JJ turn up and crash Martin's private party. They've stolen his idea - but brought their own reasons. Yet it's hard to jump when you've got an audience queuing impatiently behind you. A few heated words and some slices of cold pizza later and these four strangers are suddenly allies. But is their unlikely friendship a good enough reason to carry on living? Nick Hornby's hilarious bestseller about strangers and secrets, now a major motion picture starring Rosamund Pike and Pierce Brosnan.

Make them laugh, and they're yours forever... Barbara Parker is Miss Blackpool of 1964, but she doesn't want to be a beauty queen. She only wants to make people laugh. So she leaves her hometown behind, takes herself off to London, and lands a life-changing audition for a new BBC comedy series. Overnight she becomes Sophie Straw: charming, gorgeous...

'Not only is Hawk the world's best skater, he's also good to talk to. So I talk to Tony Hawk, and Tony Hawk talks back. Because just when it seemed like everything had come together for me, I had to go and screw it all up. It only took five seconds. But all of me knew. One risk. One mistake and my life would never be the same. Hawk had a few things...