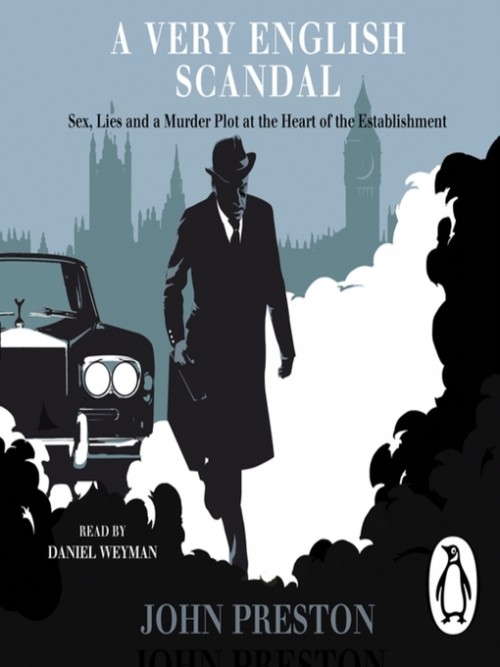 
Penguin presents the unabridged, downloadable, audiobook edition of A Very English Scandal by John Preston, read by Daniel Weyman. The shocking true story of the first British politician to stand trial for murder Behind oak-panelled doors in the House of Commons, men with cut-glass accents and gold signet rings are conspiring to murder. It's the late 1960s and homosexuality has only just been legalised, and Jeremy Thorpe, the leader of the Liberal party, has a secret he's desperate to hide. As long as Norman Scott, his beautiful, unstable lover is around, Thorpe's brilliant career is at risk. With the help of his fellow politicians, Thorpe schemes, deceives, embezzles - until he can see only one way to silence Scott for good. The trial of Jeremy Thorpe changed our society forever: it was the moment the British public discovered the truth about its political class. Illuminating the darkest secrets of the Establishment, the Thorpe affair revealed such breath-taking deceit and corruption in an entire section of British society that, at the time, hardly anyone dared believe it could be true. A Very English Scandal is an eye-opening tale of how the powerful protect their own, and an extraordinary insight into the forces that shaped modern Britain.

In this heartfelt, funny, touching memoir, Tan France, star of Netflix's Emmy award-winning Queer Eye, tells his origin story for the first time. With his trademark wit, humor, and radical compassion, Tan reveals what it was like to grow up gay in a traditional South Asian family, as one of the few people of colour in South Yorkshire. He illuminate...