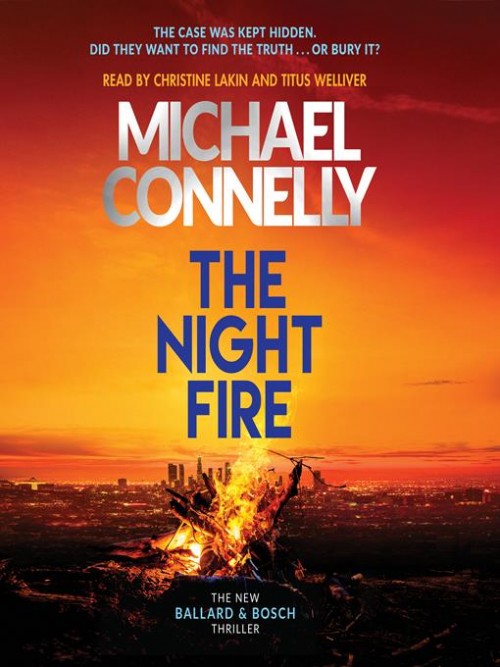 
Harry Bosch and LAPD Detective Renee Ballard come together again on the murder case that obsessed Bosch's mentor, the man who trained him. Back when Harry Bosch was just a rookie homicide detective, he had an inspiring mentor who taught him to take the work personally and light the fire of relentlessness for every case. Now that mentor, J.J. Thompson, is dead, but after his funeral his widow hands Bosch a murder book that Thompson took with him when he left the LAPD 20 years before - the unsolved killing of a troubled young man in an alley used for drug deals. Bosch brings the murder book to Renée Ballard and asks her to help him find what about the case lit Thompson's fire all those years ago. That will be their starting point. The bond between Bosch and Ballard tightens as they become a formidable investigation team. And they soon arrive at a worrying question: did Thompson steal the murder book to work the case in retirement or to make sure it never got solved?

At the end of a long, dark night Detectives Ren&eacute;e Ballard and Harry Bosch cross paths for the very first time. Detective Ren&eacute;e Ballard is working the graveyard shift again and returns to Hollywood Station in the early hours only to find that an older man has snuck in and is rifling through old file cabinets. The intruder is none other...

A compelling thriller introducing a driven young detective trying to prove herself in the LAPD. Ren&eacute;e Ballard works the night shift in Hollywood, beginning many investigations but finishing none as each morning she turns her cases over to day shift detectives. A once up-and-coming detective, she's been given this beat as punishment after fil...

In the LAPD's Open-Unsolved Unit, not many murder victims die almost a decade after the crime. So when a man succumbs to complications from being shot by a stray bullet nine years earlier, Bosch catches a case in which the body is still fresh, but any other evidence is virtually nonexistent. Now Bosch and his new partner, rookie Detective Lucia Sot...