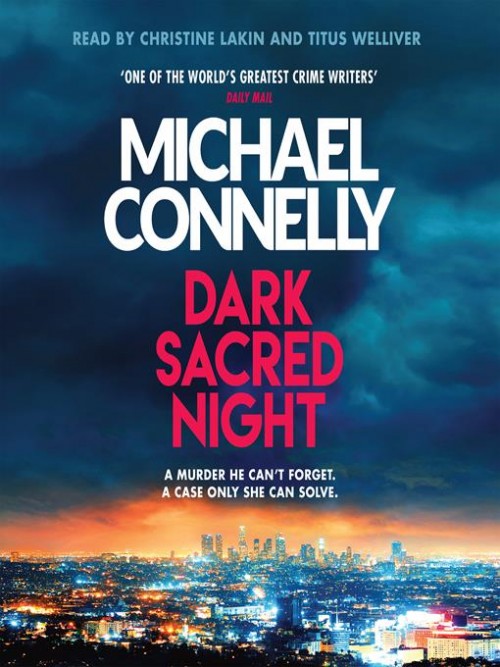 
At the end of a long, dark night Detectives Renée Ballard and Harry Bosch cross paths for the very first time. Detective Renée Ballard is working the graveyard shift again and returns to Hollywood Station in the early hours only to find that an older man has snuck in and is rifling through old file cabinets. The intruder is none other than legendary LAPD detective Harry Bosch, working a cold case that has gotten under his skin. Ballard kicks him out, but eventually Bosch persuades her to help, and she relents. Bosch is investigating the death of 15-year-old Daisy Clayton, a runaway who was brutally murdered. He crossed paths with her devastated mother while working a previous case, and Daisy's story has seized hold of him.

A compelling thriller introducing a driven young detective trying to prove herself in the LAPD. Ren&eacute;e Ballard works the night shift in Hollywood, beginning many investigations but finishing none as each morning she turns her cases over to day shift detectives. A once up-and-coming detective, she's been given this beat as punishment after fil...

Harry Bosch and LAPD Detective Renee Ballard come together again on the murder case that obsessed Bosch's mentor, the man who trained him. Back when Harry Bosch was just a rookie homicide detective, he had an inspiring mentor who taught him to take the work personally and light the fire of relentlessness for every case. Now that mentor, J.J. Thomps...