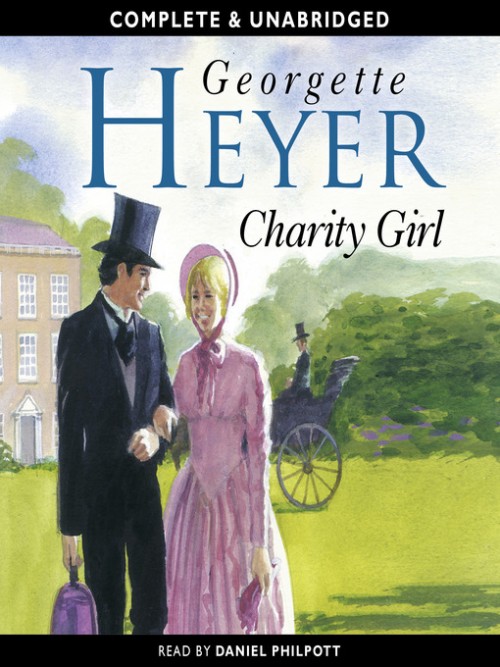 
When Fate and a chivalrous impulse combine to saddle Viscount Desford with a friendless, homeless waif in the engaging shape of Cherry Steane, who else should he turn to in such a scrape but his childhood playmate, Henrietta Silverdale? And although they refused to oblige their parents by marrying, they have always been the best of friends. But as Desford pursues Cherry's grandfather and father around the seedier fringes of society, Hetta is forced to wonder if he might not, at last, have fallen in love. Without the timely intervention of his brother Simon, and Hetta's suitor Gary Nethercott, Desford is in danger of making a rare jumble of his affairs.

When Sylvester, the Duke of Salford, first meets Phoebe Marlow, he finds her dull and insipid. She finds him insufferably arrogant. But when a series of unforeseen events leads them to be stranded together in a lonely country inn, they are both forced to reassess their hastily formed opinions, and begin a new-found liking and respect for each other...

The accomplished Corinthian Sir Richard Wyndham is wealthy, sophisticated, handsome and supremely bored. Tired of his aristocratic family constantly pressuring him to get married, he determines to run away after meeting the delightful, unconventional heroine Penelope Creed. Penelope, literally, falls into his life late one night as she hangs from t...

After participating in the Jacobite Rising of 1745, Robin and Prudence, brother and sister, become engaged in a swashbuckling, romantic adventure. Our hero and heroine must cross-dress and switch genders if they are to escape prosecution-a humorous move that allows Heyer to explore the manners and language affectations of the period as the two romp...

When Sylvester, the Duke of Salford, first meets Phoebe Marlow, he finds her dull and insipid. She finds him insufferably arrogant. But when a series of unforeseen events leads them to be stranded together in a lonely country inn, they are both forced to reassess their hastily formed opinions, and begin a new-found liking and respect for each other...

Fiery, strong-willed Deb Grantham, who presides over a gaming house with her aunt, is hardly the perfect wife for the young and naive Lord Mablethorpe. His lordship's family are scandalised that he proposes to marry one of 'faro's daughters', and his cousin-the proud, wealthy Max Ravenscar-decides to take the matter in hand. Ravenscar always gets h...

Perhaps the most deeply cherished novel among Heyer fans, Arabella is the story of a poor girl who captures the heart of a handsome and wealthy bachelor. When Arabella first arrives in London, she has only one mission: to snare a rich husband. She thus pretends to be a rich heiress and soon finds herself pursued by the most eligible bachelors in th...

Footsteps In the Dark

Footsteps In the Dark

The Priory may be ramshackled in appearance, but Peter, Margaret and Celia, who have inherited it from their uncle, love it for its rambling charm. But there's more to this house than is at first apparent: for years hardly a single person has set foot in the place, and even their uncle chose to live in a different house, far away from this particul...

When Brigade-Major Harry Smith met the beautiful Juana Mar¡a, an instant spark formed between the two fiery, energetic souls. The two fell deeply in love with one another from the first moment and the Spanish bride accompanied him throughout all his campaigns, where she rode freely among the troops. The intensity of their marriage is made all the m...

Resourceful, adventurous and utterly indefatigable, Sophy is hardly the mild-mannered girl that the Rivenhalls expect when they agree to take her in. Kind-hearted Aunt Lizzy is shocked; stern Cousin Charles and his humourless fianc‚e Eugenia are disapproving. With her inimitable mixture of exuberance and grace Sophy soon sets about endearing hersel...

When the dashing Jack Carstares is unfairly accused of cheating at cards, he leaves the country in disgrace. Returning some years later disguised as a highwayman, his reappearance heralds a dramatic chain of events that includes a Duke, a damsel, a duel and not one, but two kidnappings. Written when she was just seventeen, The Black Mothwas Heyer's...