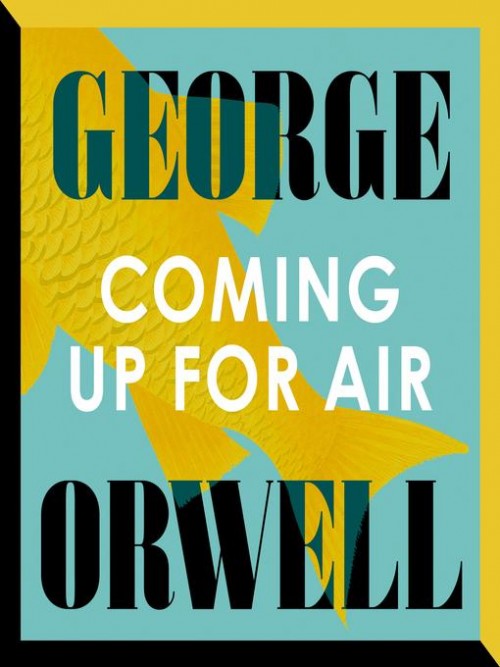 
Coming Up for Air is a moving account of one man's attempt to recapture the innocence of childhood as war gravitates on the horizon.
George Bowling is forty-five, married with children, working as a suburban insurance salesman, and desperate to escape London. It's 1939 and the Second World War is imminent. Forseening the chaos it will bring George decides to escape to the smaller life of his childhood, to the village of Lower Binfield where everything is quiet and peaceful. But his journey may bring nothing more than chaos, confusion, and disillusionment.
Published in 1939, Coming Up for Air captures anxiety of a population awaiting war, the tension between tradition and progress, and is seen by many as the thematic precursor to both 1984 and Animal Farm.

1984 is the year in which it happens. The world is divided into three great powers: Oceania, Eurasia and Eastasia. Throughout Oceania 'The Party' rules by the agency of four ministries whose power is absolute. In The Ministry of Truth, which deals in propaganda, Winston Smith's job is to edit the past. Over time, the impulse to escape the machine t...

Having got rid of their human master, the animals of Manor Farm look forward to a life of freedom and plenty. But as a clever, ruthless elite among them takes control, the other animals find themselves hopelessly ensnared in the old ways. Orwell's classic tale of power and corruption is an allegory of the Russian Revolution.

Down and Out In Paris and London

Down and Out In Paris and London

Orwell was arguably one of the first 'gonzo' journalists. In this unabridged, enlightening and often shocking expose of life on the streets of two of Europe's most romanticised and celebrated cities, Orwell describes in detail the day-to-day life of a 'down-and-out', which involves hunger, filth, derision and often prejudice and violence. Alcohol i...

Orwell's darkly comic novel centres around the life of Gordon Comstock, onetime advertising copywriter turned bookshop employee and struggling poet. Gordon's disdain for money and artistic compromise preclude his earning enough of a living to escape constant public embarrassment. On top of this, it gives him terrible trouble holding on to his girlf...

A searing account of George Orwell's observations of working-class life in the bleak industrial heartlands of Yorkshire and Lancashire in the 1930s. Graphically unforgettable descriptions of social injustice, cramped slum housing, dangerous mining conditions, hunger and unemployment are written with unblinking honesty, fury and great humanity. It c...