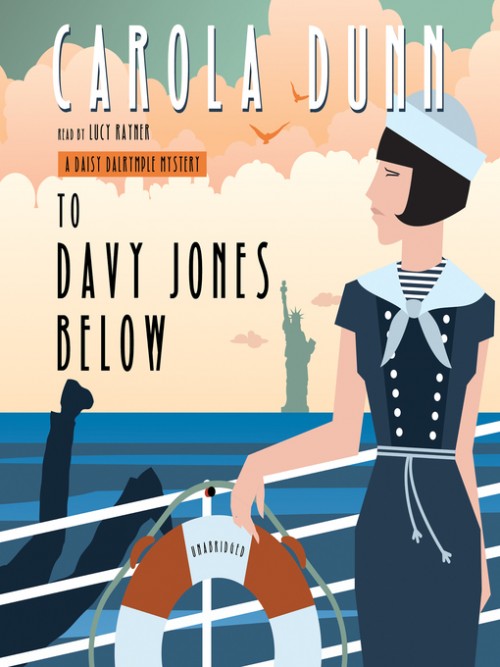 
In late 1926, the newly married Daisy Dalrymple and Detective Chief Inspector Alec Fletcher of Scotland Yard take an ocean voyage to America for their honeymoon. Daisy and Alec are accompanied by Daisy's childhood friend Phillip Petrie, his wife, Gloria, and Gloria's father, American millionaire industrialist Caleb P. Arbuckle, and all are looking forward to a pleasant, uneventful trip. But at the last minute they are joined by Arbuckle's new friend, Yorkshire millionaire Jethro Gotobed, and his new wife, Wanda, a showgirl whom all but Gotobed are convinced is a gold digger of the worst sort.Then, having barely lifted anchor, the ocean liner is beset by a series of suspicious accidents and deaths. With harsh weather and rough seas putting many out of commission due to seasickness-including Alec-it soon falls to Daisy to figure out what connection there might be between the seemingly unrelated incidents. Convinced that there's a murderer aboard ship, Daisy must unmask the culprit or culprits before she or anyone else falls victim.

The eighth installment in this cozy mystery series features Daisy Dalrymple at the Museum of Natural History, a place of fascination-and murderIn the summer of 1923, the Honorable Daisy Dalrymple makes what should be an uneventful research trip to the Museum of Natural History quite an eventful day-with her nephew Derek and her soon-to-be stepdaugh...

In September 1926, the Honourable Daisy Dalrymple Fletcher visits Sybil Sutherby, a school friend now living in Derbyshire as the confidential secretary to a novelist. Suspecting that something is seriously amiss, Sybil has asked Daisy to discretely investigate. Upon arrival, Daisy finds a household of relatives and would-be suitors living off the...