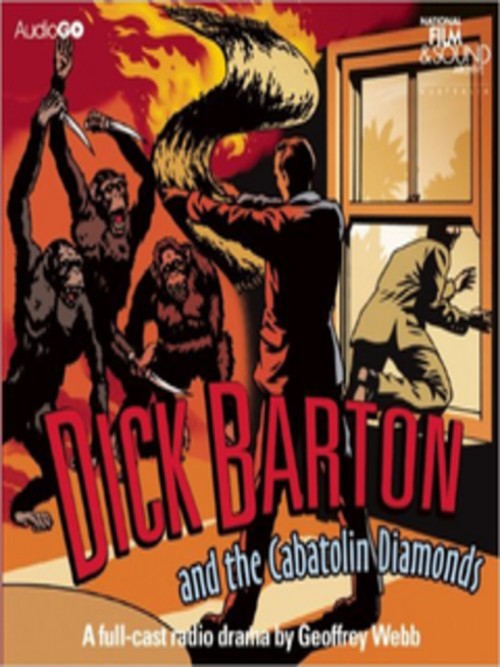 
Douglas Kelly stars as Dick Barton-Special Agent in another thrilling adventure for radio's greatest hero. Heralded by an instantly memorable signature tune, the adventures of special agent Dick Barton and his friends Jock and Snowey, were essential listening for an entire generation. Originally starring Noel Johnson, Duncan Carse and Gordon Davies, in an exciting world of criminal masterminds, espionage and adventure, it ran on the BBC Light Programme between 1946 and 1951. Sadly very few original recordings still survive. However, in 1949 a number of early Barton tales were re-recorded for transmission overseas. Starring Douglas Kelly, these re-stagings found new audiences in Australia, New Zealand and South Africa. These recordings were rediscovered in the National Film and Sound Archive of Australia in 2009 and allow listeners to finally relive the escapades of the great Dick Barton. In this recording from Spring 1949, Dick's plans for a Mediterranean cruise are cancelled, when the Home Office ask him to help them crack a gang of international diamond smugglers. Can Dick thwart the evil Henri De Flambeau, before it's too late? Find out in Dick Barton-Special Agent! Guidance: as this contains archive material the sound quality may vary. The language reflects the era of the first broadcast.

Douglas Kelly stars as 'Dick Barton - Special Agent' in another thrilling adventure for radio's greatest hero. Heralded by an instantly memorable signature tune, the adventures of special agent Dick Barton and his friends Jock and Snowey originally ran on the BBC Light Programme between 1946 and 1951. Set in an exciting world of criminal mastermind...

Heralded by an instantly memorable signature tune, the adventures of special agent Dick Barton and his friends, Jock and Snowey, originally ran on the BBC Light Programme between 1946 and 1951. Set in an exciting world of criminal masterminds, espionage and adventure, the series was essential listening for an entire generation. Sadly very few of th...