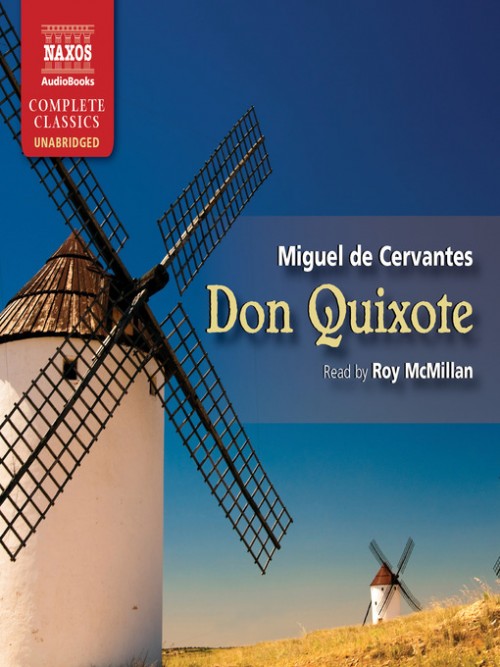 
An old man, enchanted by tales of knightly courage, puts on his rusty armour and sets out on a quest of his own. For him, the world is filled with giants, knights and a peerless mistress. Others, such as his earthy squire Sancho Panza, see windmills, sheep and vulgar serving girls. But such prosaic interpretations do not satisfy the greatest figure in Western literature: Don Quixote. Quixote's story—moving, funny and thrilling—embodies the glory and absurdity, vanity and idealism, sorrow and delight of humanity. Cervantes created a hero for all time and for all mankind.

The first European novel, and one of the greatest, is a marvellously comic study of delusion and its consequences: Don Quixote, the old gentleman of La Mancha, takes to the road in search of adventure and remains undaunted in the face of repeated disaster.