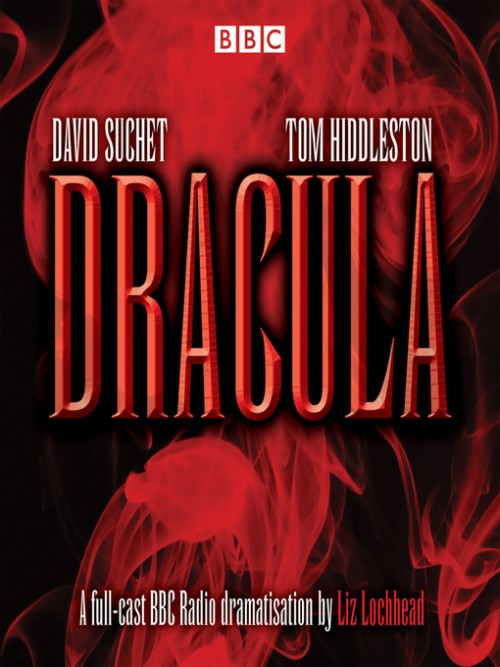 
Tom Hiddleston (The Night Manager) stars as Jonathan Harker with David Suchet (Poirot) as Dracula in Liz Lochhead and John Foley's powerful BBC radio adaptation of the classic novel by Bram Stoker. When solicitor Jonathan Harker sets off for Transylvania to sell the mysterious Count Dracula a Gothic mansion, his bride-to-be Mina begs him to stay - to no avail. But on arrival at Dracula's castle, deep in a black forest surrounded by wolves, Harker wishes he had listened to his fianc‚e. The Count is welcoming but unnerving, and his castle oppressive. Plagued by nightmares, Harker soon longs to leave... Back in Whitby, Mina is increasingly worried. She has heard nothing from Jonathan, and now her sister Lucy - newly engaged to Harker's friend, Dr Seward - is becoming pale and thin. In Seward's lunatic asylum in London, a madman named Renfield babbles about his master who is coming. And as a midnight storm rages, a black ship heads towards the English coast... Acclaimed poet and playwright Liz Lochhead's adaptation was first performed on stage in 1985, and this thrilling radio drama was broadcast on the World Service in 2006. Suspenseful, chilling and suffused with dark eroticism, it retains all the eerie dread of Stoker's infamous horror novel. Duration: 2 hrs approx.

When Jonathan Harker visits Transylvania to help Count Dracula with the purchase of a London house, he makes horrifying discoveries about his client and his castle. Soon afterwards, a number of disturbing incidents unfold in England: an unmanned ship is wrecked at Whitby; strange puncture marks appear on a young woman's neck; and the inmate of a lu...

This is, arguably, Stoker's best traditional ghost story. Prominently featuring rats as a central theme, this terrifying and chilling tale is sure to strike fear into the heart of any listener. Take with you on an isolated retreat to a draughty old house to fully enjoy the full effects of this dark and delightfully disturbing yarn.

Jonathan Harker, an English solicitor, travels to Transylvania to meet the mysterious `Count' who has instructed him to purchase a property in England on his behalf. Thus begins a series of awful events, where Harker finds himself in the midst of a nightmare, in a deadly game of cat and mouse where he himself is hunted as prey. With a host of maste...

Frederick Jaeger stars in a BBC Radio 4 full-cast Unabridged of the legend that has haunted the imagination of millions for over a hundred years! Summoned to the forbidden heart of the Carpathian mountains, in the depths of Transylvania, Jonathan Harker journeys to Castle Dracula. There he becomes the unwitting prisoner of the mysterious nobleman w...

Dracula's Guest follows a mysterious and unnamed young Englishman's wanderings around Munich and through a dense, dark forest on Walpurgis Night, a mysterious pagan festival of witches. This beautifully simplistic and eerie horror tale from the writer of Dracula is guaranteed to send shivers up your spine.