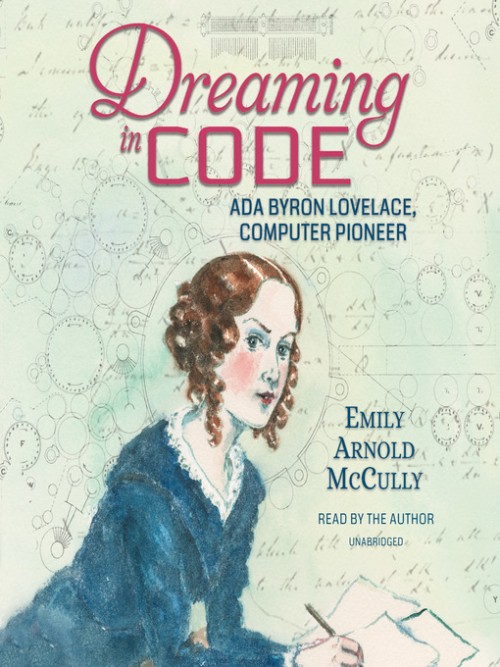 
This illuminating biography reveals how the daughter of Lord Byron, Britain's most infamous Romantic poet, became the world's first computer programmer. Even by 1800s standards, Ada Byron Lovelace had an unusual upbringing. Her strict mother worked hard at cultivating her own role as the long-suffering ex-wife of bad-boy poet Lord Byron while raising Ada in isolation. Tutored by the brightest minds, Ada developed a hunger for mental puzzles, mathematical conundrums, and scientific discovery that kept pace with the breathtaking advances of the industrial and social revolutions taking place in Europe. At seventeen, Ada met eccentric inventor Charles Babbage, a kindred spirit. Their ensuing collaborations resulted in ideas and concepts that presaged computer programming by almost two hundred years, and Ada Lovelace is now recognized as a pioneer and prophet of the information age. Award-winning author Emily Arnold McCully opens the window on a peculiar and singular intellect, shaped-and hampered-by history, social norms, and family dysfunction. The result is a portrait that is at once remarkable and fascinating, tragic and triumphant.

On April 11, 1970, the Apollo 13 space shuttle set off for the third intended American moon landing. Two days later and 200,000 miles from Earth, disaster struck when an oxygen tank exploded on board the spacecraft, leaving three astronauts with only one goal: to make it home alive. From "Houston, we've had a problem" to the final tense moments at...

Even in the darkest of times - especially in the darkest of times - there is room for strength and bravery. A remarkable memoir from Leon Leyson, one of the youngest children to survive the Holocaust on Oskar Schindlers list. Leon Leyson (born Leib Lezjon) was only ten years old when the Nazis invaded Poland and his family was forced to relocate to...