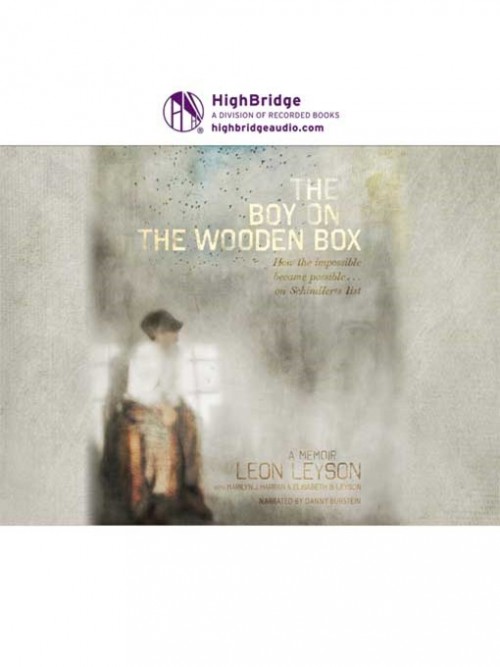 
Even in the darkest of times - especially in the darkest of times - there is room for strength and bravery. A remarkable memoir from Leon Leyson, one of the youngest children to survive the Holocaust on Oskar Schindlers list. Leon Leyson (born Leib Lezjon) was only ten years old when the Nazis invaded Poland and his family was forced to relocate to the Krakow ghetto. With incredible luck, perseverance, and grit, Leyson was able to survive the sadism of the Nazis, including that of the demonic Amon Goeth, commandant of Plaszow, the concentration camp outside Krakow. Ultimately, it was the generosity and cunning of one man, a man named Oskar Schindler, who saved Leon Leyson's life, and the lives of his mother, his father, and two of his four siblings, by adding their names to his list of workers in his factory - a list that became world renowned: Schindler's List. This, the only memoir published by a former Schindler's List child, perfectly captures the innocence of a small boy who goes through the unthinkable. Most notable is the lack of rancor, the lack of venom, and the abundance of dignity in Mr. Leyson's telling. The Boy on the Wooden Box is a legacy of hope, a memoir unlike anything you've ever read.

On April 11, 1970, the Apollo 13 space shuttle set off for the third intended American moon landing. Two days later and 200,000 miles from Earth, disaster struck when an oxygen tank exploded on board the spacecraft, leaving three astronauts with only one goal: to make it home alive. From "Houston, we've had a problem" to the final tense moments at...

This illuminating biography reveals how the daughter of Lord Byron, Britain's most infamous Romantic poet, became the world's first computer programmer. Even by 1800s standards, Ada Byron Lovelace had an unusual upbringing. Her strict mother worked hard at cultivating her own role as the long-suffering ex-wife of bad-boy poet Lord Byron while raisi...