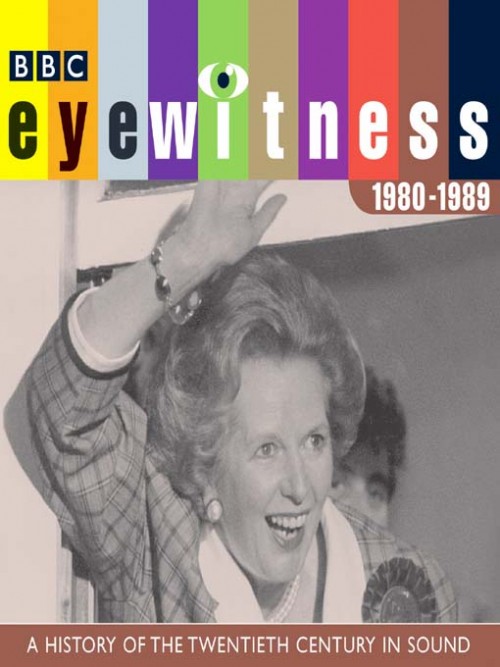 Eyewitness: A History of the Twentieth Century In Sound 1980-1989


Authentic voices from the past illustrate this unique history of the Twentieth Century, written by Joanna Bourke and presented by Tim Pigott-Smith. Eyewitness provides a rare and fascinating opportunity to hear the events of the century described by those who saw them happen. A wealth of BBC archive recordings, some never previously broadcast, is interwoven with an illuminating commentary by the historian Joanna Bourke. Published in ten volumes, Eyewitness examines the role and the life of the British people in each decade of the century. Conflict in many forms characterised the 1980s: war in the South Atlantic, the miners' strike, social unrest and political polarisation. By 1981, unemployment had escalated dramatically and Margaret Thatcher's popularity had plummeted. Victory in the Falklands revived Tory fortunes, but the fact that the Labour Party had rendered itself unelectable also helped. By the 1987 election, although Neil Kinnock had dealt with the hard left, it was not enough to dent Thatcher's majority. Conservative hegemony was assured for the rest of the decade. Solutions to the Northern Ireland situation remained as elusive as ever. The IRA's Brighton bomb nearly wiped out Thatcher and her cabinet, and stunned the public. But throughout these years, there were moments of celebration. Prince Charles married Lady Diana Spencer in July 1981, and England won the Ashes that summer. The decade ended on a note of hope: reform in the Soviet union spread outwards and in 1989 the Berlin Wall fell. The Cold War was over. Bystanders, broadcasters and politicians describe these events and many others. History is heard in the making - for example with the Argentinean storming of the Falklands Broadcasting Station. While the 1980s are too close for a true historical perspective, what emerges here is that this decade was one of the most confrontational periods of the century. Thought-provoking and moving, these are the voices of the past, speaking to the present.

A special compliation from Eyewitness, a unique history of Britain in the 20th Century, wirtten by Joanna Bourke and narrated by Tim Pigott-Smith. Eyewitness provides a rare and fascinating opportunity to hear the events of the century described by those who saw them happen. Published in ten volumes, Eyewitness examines the life of the British peop...

Eyewitness: A History of the Twentieth Century In Sound 1920-1929

Eyewitness: A History of the Twentieth Century In Sound 1920-1929

Eyewitness: A History of the Twentieth Century In Sound 1960-1969

Eyewitness: A History of the Twentieth Century In Sound 1960-1969

Authentic voices from the past illustrate this unique history of the twentieth century, written by Joanna Bourke and presented by Tim Pigott-Smith. Eyewitness provides a rare and fascinating opportunity to hear the events of the century described by those who saw them happen. A wealth of BBC archive recordings, some never previously broadcast, is i...