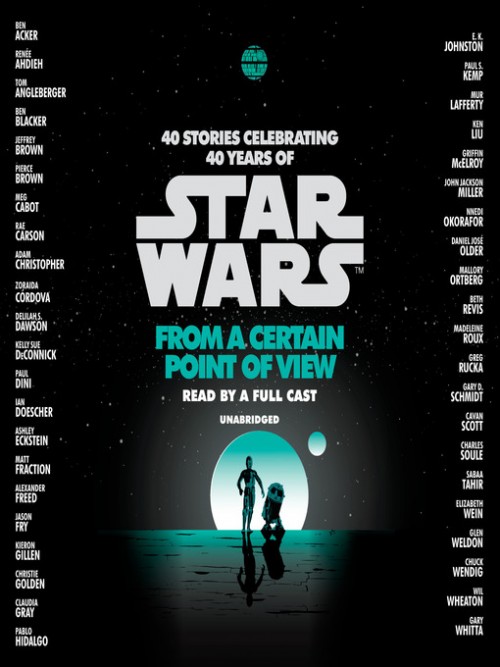 From a Certain Point of View


Experience Star Wars: A New Hope from a whole new point of view.

On May 25, 1977, the world was introduced to Han Solo, Luke Skywalker, Princess Leia, C-3PO, R2-D2, Chewbacca, Obi-Wan Kenobi, Darth Vader, and a galaxy full of possibilities. In honor of the fortieth anniversary, more than forty contributors lend their vision to this retelling of Star Wars. Each of the forty short stories reimagines a moment from the original film, but through the eyes of a supporting character. From a Certain Point of View features contributions by bestselling authors, trendsetting artists, and treasured voices from the literary history of Star Wars:

What if the princess didn't marry Prince Charming but instead went on to be an astronaut? What if the jealous step sisters were supportive and kind? And what if the queen was the one really in charge of the kingdom? Good Night Stories for Rebel Girls introduces us to one hundred remarkable women and their extraordinary lives, from Ada Lovelace to M...