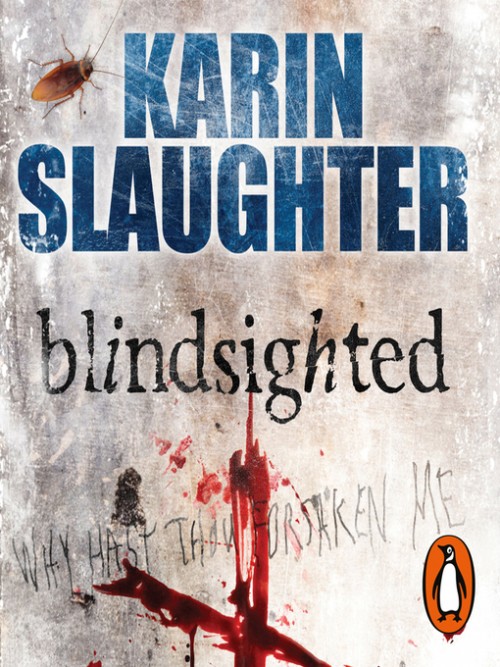 
The sleepy town of Heartsdale, Georgia, is jolted into panic when Sara Linton, paediatrician and medical examiner, finds Sibyl Adams dead in the local diner. As well as being viciously raped, Sibyl has been cut: two deep knife wounds form a lethal cross over her stomach. But it's only once Sara starts to perform the post-mortem that the full extent of the killer's brutality becomes clear. Police chief Jeffrey Tolliver - Sara's ex-husband - is in charge of the investigation, and when a second victim is found, crucified, only a few days later, both Jeffrey and Sara have to face the fact that Sibyl's murder wasn't a one-off attack. What they're dealing with is a seasoned sexual predator. A violent serial killer.

Sara Linton, medical examiner in the small town of Heartsdale, is called out to an apparent suicide on the local college campus. The mutilated body provides little in the way of clues - and the college authorities are keen to avoid a scandal - but for Sara and police chief Jeffrey Tolliver, things don't add up. Two more suspicious suicides follow,...

Saturday night dates at the skating rink have been a tradition in the small southern town of Heartsdale for as long as anyone can remember. But when a teenage quarrel explodes into a deadly shoot-out, Sara Linton - the town's paediatrician and medical examiner - finds herself entangled in a horrific tragedy. What seemed at first to be a terrible bu...

When medical examiner Sara Linton and police chief Jeffrey Tolliver take a trip away from the small town of Heartsdale - an escape from all the pressures which complicate their relationship - it should be a straightforward weekend at the beach. But they decide to take a detour via Jeffrey's hometown and things go violently wrong when Jeffrey's best...

With a missing girl in the news, Claire Scott can't help but be reminded of her sister, who disappeared twenty years ago in a mystery that was never solved. But when Claire begins to learn the truth about her sister, nothing will ever be the same.

When the body of a young woman is discovered deep beneath the icy waters of Lake Grant, a note left under a rock by the shore points to suicide. But within minutes, it becomes clear that this is no suicide. It's a brutal, cold-blooded murder. All too soon, former Grant County medical examiner Sara Linton - home for Thanksgiving after a long absence...

Desire leaves a man destroyed - a young girl's curiosity reveals secrets better left hidden - an accidental encounter on a train ends violently - ambition leads to a curious exchange - an uncanny likeness changes two lives forever - Fifteen chilling stories linked by a glittering charm bracelet which brings misfortune to everyone who handles it -In...

Three and a half years ago former Grant County medical examiner Sara Linton moved to Atlanta hoping to leave her tragic past behind her. Now working as a doctor in Atlanta's Grady Hospital she is starting to piece her life together. But when a severely wounded young woman is brought in to the emergency room, she finds herself drawn back into a worl...

You've known her your whole life. Andrea Oliver knows everything about her mother Laura. She knows she's always lived in the small town of Belle Isle; she knows she's a pillar of the community; she knows she's never kept a secret in her life. but she's hiding something. Then one day, a trip to the mall explodes into a shocking act of violence and A...

Five and half months ago June Connor - high-school principal with almost a thousand children in her charge - was given a death sentence. She had just over five months to put her house in order and to square her conscience. She had work, she had responsibilities. And she had a man - her husband Richard - who had robbed her of her good reputation, he...

1970s Atlanta: A time of great change and yet for many the fierce desire to keep things exactly the same is still strong. For women like Maggie Lawson and Kate Murphy every day is a battle. From different sides of the tracks they are united in their determination to be good cops. But they have to fight the prejudice of people like Maggie's uncle Te...