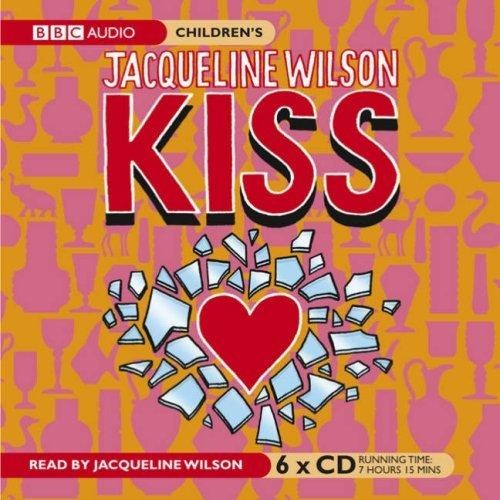 
Sylvie and Carl have been friends since they were tiny children. They've always played together, eaten with each other's families, called each other boyfriend and girlfriend and deep down, Sylvie has always believed that they'd end up married to each other. They even have a magical fantasy world that belongs to them alone - and the glass hut where it's all created, at the bottom of Carl's garden. But as they become teenagers, things are starting to change. They each have different friends. Sylvie would still rather spend all her time with Carl. But Carl has a new friend, Paul, who is taking all his attention. And he seems much less happy to be called Sylvie's boyfriend. And in a game of spin the bottle, he avoids having to kiss her. Sylvie can tell his feelings have changed and that her plans for the future may be affected. But can she guess at the true reasons behind it all?

Four Children and It

Four Children and It

'It's not real, Rosalind - it's magic. And it's only for one day...' Rosalind and Robbie don't want to spend the summer stuck in their dad's new house with irritating Smash and her glamorous mum. Dad's biggest wish is for everyone to get along. So when he suggests a picnic in nearby Oxshott woods the children grudgingly agree. That afternoon, in a...

The Worry Website' is Mr Speed's idea of a Website for his primary school pupils. He plans to ask them to write their worries down anonymously and then get help with solving them from their peers.

Katy's life changes in dramatic and unexpected ways after a serious accident. Inspired by the much-loved classic, What Katy Did, bestselling children's favourite Jacqueline Wilson creates an irresistible modern version for the twenty-first-century. Fans of Hetty Feather and Tracy Beaker will fall in love with Katy and her family too.

Gemma and Alice have been best friends since they were born and see each other every day. It never seems to matter that Gemma loves football while Alice prefers drawing or that Gemma never stops talking while Alice is more likely to be listening. But one day Gemma finds out that there's something Alice isn't sharing. And when Gemma finally discover...

When Rebecca wades into the witch's pond after a row with her best friend Sarah, she meets a very unusual new friend - a huge, warty toad! And Glubbslyme is no ordinary toad. Hundreds of years old, he can talk and best of all - he can work magic. Maybe he can help Rebecca be best friends with Sarah again?

Opal Plumstead might be plain, but she has always been fiercely intelligent. Yet her scholarship and dreams of university are snatched away when her father is sent to prison, and fourteen-year-old Opal must start work at the Fairy Glen sweet factory to support her family. Opal struggles to get along with the other workers, who think her snobby and...

The Worst Thing About My Sister

The Worst Thing About My Sister

Marty and her big sister Melissa couldn't be more different - and they just don't get along. Marty is a messy tomboy and loves animals, snuggling up in her cosy, comfy den, and drawing her comics - especially her favourite character, the brilliant Mighty Mart. So living with pink, girly, glittery, super-annoying Melissa has never been easy. But thi...

When Jayni, her mum and little brother have to run away from her abusive father, it starts off as a big adventure. They slip out at night, go up to London by train and stay in a hotel. They even make up false identities - and so Jayni becomes the grown-up, glamorous Lola Rose! But Lola Rose's new life isn't quite as wonderful as her new name. She d...

The sequel to the Werepuppy (8610). Micky's pet werepuppy is always in trouble. So when Wolfie is banned from the family holiday, Micky is distraught. What fun is a holiday without Wolfie?

Ellie is nearly thirteen and desperate to have a boyfriend. Both her friends have boyfriends but the closest thing she can get is Dopey Dan, who is younger and a real swot. The first book in the series.