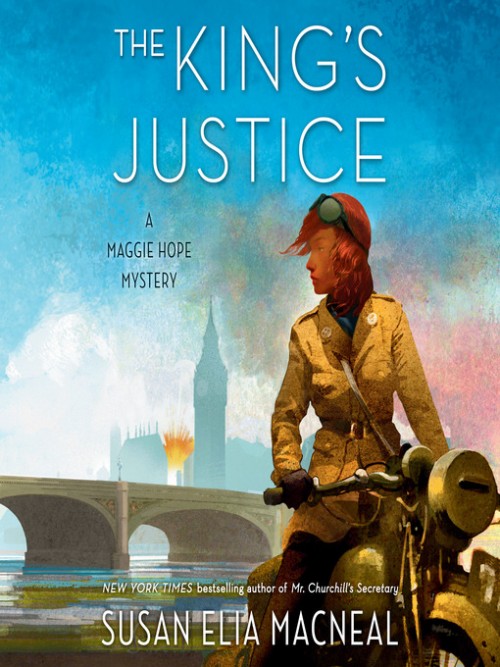 
Maggie Hope started out as Winston Churchill's secretary, but now she's a secret agent-and the only one who can figure out how the missing violin ties into a series of horrifying murders. London, December 1943. As the Russian army repels German forces from Stalingrad, Maggie Hope takes a much-needed break from spying to defuse bombs in London. But Maggie herself is an explosion waiting to happen. Traumatized by her past, she finds herself living dangerously-taking huge risks, smoking, drinking, and speeding through the city streets on a motorbike. The last thing she wants is to get entangled in another crime. But when she's called upon to look into the theft of a Stradivarius, one of the finest violins ever made, Maggie can't resist. Meanwhile, there's a serial killer on the loose in London, targeting conscientious objectors. Little does Maggie know that investigating this dangerous predator will pit her against a new evil-and old enemies. Only Maggie can uncover the connection between the robbery, the murders, and a link to her own past.

When a woman's body is found submerged in icy water, police are shocked to find she is alive. But she won't disclose her name or what happened to her - even when a second body is discovered. And then she disappears from her hospital bed. Detectives Adrian Miles and Imogen Grey follow their only lead to the home of the Corrigans, looking for answers...

As World War II sweeps the continent and England steels itself against German attack, Maggie Hope, former secretary to Prime Minister Winston Churchill, completes her training to become a spy for MI-5. Spirited, strong-willed, and possessing one of the sharpest minds in government for mathematics and code-breaking, she fully expects to be sent abro...

Maggie Hope has come a long way since serving as a typist for Winston Churchill. Now she's working undercover for the Special Operations Executive in the elegant but eerily silent city of Paris, where SS officers prowl the streets in their Mercedes and the Ritz is draped with swastika banners. Walking among the enemy is tense and terrifying, and ev...