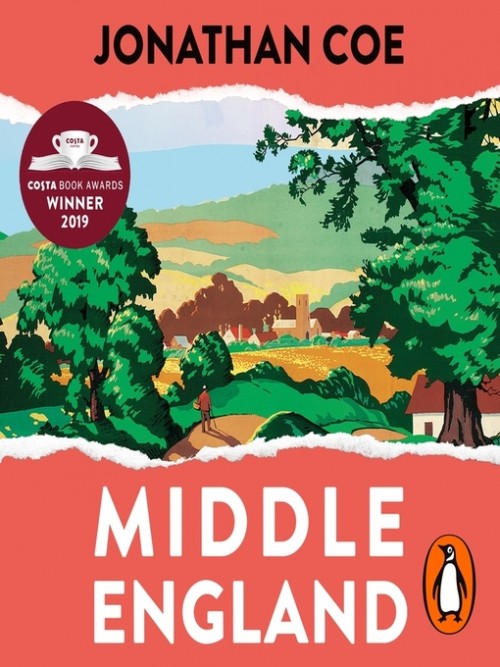 
Penguin presents the audiobook edition of Middle England by Jonathan Coe, read by Rory Kinnear. 'It was tempting to think, at times like this, that some bizarre hysteria had gripped the British people' Beginning eight years ago on the outskirts of Birmingham, where car factories have been replaced by Poundland, and London, where frenzied riots give way to Olympic fever, Middle England follows a brilliantly vivid cast of characters through a time of immense change. There are newlyweds Ian and Sophie, who disagree about the future of the country and, possibly, the future of their relationship; Doug, the political commentator who writes impassioned columns about austerity from his Chelsea townhouse, and his radical teenage daughter who will stop at nothing in her quest for social justice; Benjamin Trotter, who embarks on an apparently doomed new career in middle age, and his father Colin, whose last wish is to vote in the European referendum. And within all these lives is the story of modern England: a story of nostalgia and delusion; of bewilderment and barely-suppressed rage. Following in the footsteps of The Rotters' Club and The Closed Circle, Jonathan Coe's new novel is the novel for our strange new times.

Penguin presents the unabridged, downloadable, audiobook edition of Everything is Illuminated by Jonathan Safran Foer, read by Jeff Woodman and Scott Shina. A young man arrives in the Ukraine, clutching in his hand a tattered photograph. He is searching for the woman who fifty years ago saved his grandfather from the Nazis. Unfortunately, he is aid...

Brought to you by Penguin. Unforgettably funny and painfully honest, Jonathan Coe's tale of Benjamin Trotter and his friends' coming of age during the 1970s is a heartfelt celebration of the joys and agonies of growing up. Featuring, among other things, IRA bombs, prog rock, punk rock, bad poetry, first love, love on the side, prefects, detention,...

Penguin presents the audiobook edition of The Accidental Woman by Jonathan Coe, read by Sophie Ward. For Maria, nothing is certain. Her life is a chain of accidents. Friendship passes her by, and she's unimpressed by the devoted Ronny and his endless propsals of marriage. Maria lives in a world of her own - yet not of her own making. Stumbling thro...