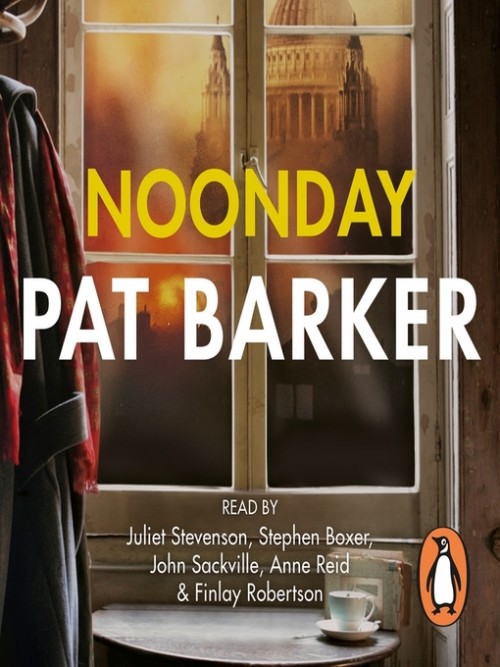 
London, the Blitz, autumn 1940. Ambulance drivers Elinor Brooke and Kit Neville ferry injured survivors from bomb sites to hospitals while Elinor's husband Paul works as an air-raid warden. Once fellow students at the Slade School of Fine Art, before the First World War destroyed the hopes of their generation, now all three find themselves caught in another war. And as the bombing intensifies, old loves and obsessions re-surface until Elinor is brought face to face with an almost impossible choice. Completing the story of Elinor, Paul and Kit that began with Life Class and continued with Toby's Room, Noonday is both a stand-alone novel and the climax of a trilogy. Pat Barker brings the besieged and haunted city of London into electrifying life in her most powerful novel since the Regeneration trilogy.

Spring 1914. The students at the Slade School of Art gather in Henry Tonks's studio for his life-drawing class. But for Paul Tarrant the class causes trouble and underscores his own uncertainty about making a mark on the world. When war breaks out and the army won't take Paul, he enlists in the Belgian Red Cross just as he and fellow student Elinor...

The first book in the 'Regeneration' trilogy. In Craiglockhart war hospital, Doctor William Rivers attempts to restore the sanity of officers whose experiences of the First World War have caused them to break down. When Siegfried Sassoon publishes his declaration of protest against the war, the authorities decide to have him declared mentally ill a...

Insomnia, exhaustion, recurring nightmares: Stephen Sharkey is suffering the after-effects of his career as a war reporter, most recently in Afghanistan, where Ben Frobisher, war photographer and friend, has been shot dead on assignment. Hanging up his flak jacket and turning his back on the everyday reality of war, Stephen moves into a quiet and p...