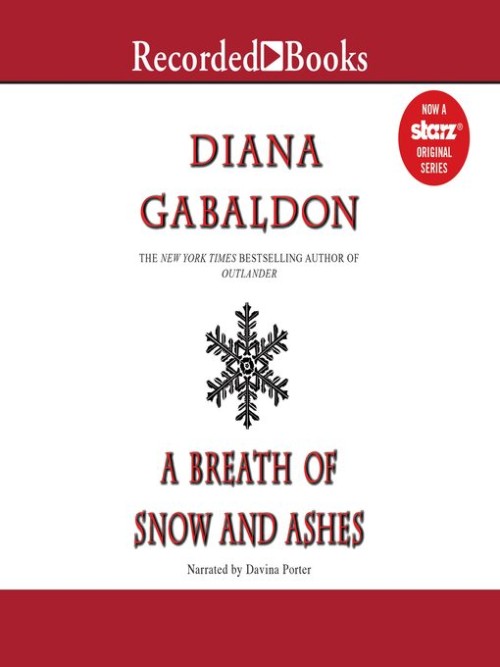 Outlander Book 6: A Breath of Snow and Ashes


A worldwide sensation with more than 12 million copies in print, Diana Gabaldon's Outlander series has produced #1 best-selling novels and earned a fiercely devoted fan base. Another spellbinding entry in the series, A Breath of Snow and Ashes continues the saga of 18th-century Scotsman Jamie Fraser and his 20th-century, time-traveling wife, Claire. The year is 1772, and the rift between Britain and its American colonies has put a frightening word into the minds of all concerned: revolution. In the backwoods of North Carolina, violence has already reared its ugly head, as cabins have been burned to the ground. To preserve the colony for King George III, the governor pleads with Jamie to bring the people together and restore peace. But Jamie has the privilege, although some might call it a burden, of knowing that war cannot be avoided. Claire has told him that the colonies will unite and rebel, and the result will be independence, with all British loyalists either dead or exiled. And there is an additional problem. Claire has discovered a newspaper clipping from 1776 that tells of Jamie's death. With its epic scope, historical details, and sweeping romance, A Breath of Snow and Ashes is everything Gabaldon's fans love and more.

1945, Claire Randall goes to the Scottish Highlands with her husband Frank. One afternoon, Claire walks through a circle of standing stones and vanishes into 1743, falling into the hands of a gang of Scottish outlaws. Marooned amid danger, passion and violence, her only chance of safety lies in Jamie Fraser, a gallant young Scots warrior. What begi...

For twenty years Claire Randall has kept her secrets. But now she is returning to the majesty of Scotland's mist-shrouded hills. Here Claire plans to reveal the truth about the mystery of an ancient circle of standing stones, about a love that transcends the boundaries of time, and about James Fraser, a warrior whose gallantry once drew the young C...

Their passionate encounter happened two centuries ago when the gallant renegade Jamie Fraser sent her back to her own time, pregnant with his child, believing he would be killed in the bloody Battle of Culloden in 1746. Now their daughter has grown up and Claire discovers that Jamie survived. Drawn back across the chasm of time she seeks once more...