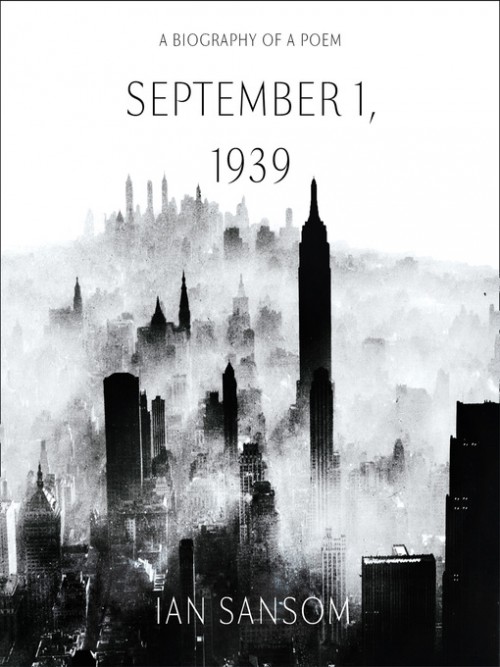 
This a book about a poet, about a poem, about a city, and about a world at a point of change. More than a work of literary criticism or literary biography, it is a record of why and how we create and respond to great poetry.This a book about a poet - W. H. Auden, a wunderkind, a victim-beneficiary of a literary cult of personality who became a scapegoat and a poet-expatriate largely excluded from British literary history because he left.About a poem - 'September 1, 1939', his most famous and celebrated, yet one which he tried to rewrite and disown and which has enjoyed - or been condemned - to a tragic and unexpected afterlife.About a city - New York, an island, an emblem of the Future, magnificent, provisional, seamy, and in 1939 about to emerge as the defining twentieth-century cosmopolis, the capital of the world.And about a world at a point of change - about 1939, and about our own Age of Anxiety, about the aftermath of September 11, when many American newspapers reprinted Auden's poem in its entirety on their editorial pages.

The oldest long poem in Old English, written about 1000 A.D., Beowulf tells the story of a great warrior in Southern Scandinavia in both youth and maturity. The monster Grendel terrorises the Scyldings of Hrothgar's Danish Kingdom until Beowulf defeats him. As a result he has to face her enraged mother. Beowulf dies after a battle against a fierce...

Search Party is a thought-provoking and deeply autobiographical collection. From the overtly political 'Go Home' to the deeply personal 'Full-time'; the narrative poems that offer vivid and unapologetic snapshots of inner-city life, such as 'His Mistakes', 'Believer' and the anthemic 'My City'; to the provocative social commentary in 'Lazy Dog' and...

Milton is an epic poem by William Blake, written and illustrated between 1804 and 1810. Its hero is John Milton, who returns from Heaven and unites with Blake to explore the relationship between living writers and their predecessors, and to undergo a mystical journey to correct his own spiritual errors.

Chasers of the Light

Chasers of the Light

Penguin presents the unabridged, downloadable, audiobook edition of Chasers Of The Light, written and read by Tyler Knott Gregson. I would love to say that you make me weak at the knees, but to be quite upfront and completely truthful, you make my body forget it has knees at all. One day, while browsing an antique store in Helena, Montana, photogra...

Rough Music is the old English name for a custom of public scapegoating. This collection, read here by the author, is full of disturbing musical echoes, in which brilliant renewals of carol, charm, folksong and ballad explore themes of violence, loss and belonging. Fiona Sampson's characteristic lyric intensity deftly fuses metaphysics and politics...

Hitler, Mussolini and Pope Paul V are on fire. Fireworks explode and flaming tar barrels are being dragged through the streets. Bonfire Night in Lewes is the closest England comes to Mardis Gras. In their fifth adventure, Morley, Miriam and Sefton find themselves caught up in the celebrations and the chaos. On the morning after the night before, Se...

Welcome to Westmorland. Perhaps the most scenic county in England! Home of the poets! Land of the great artists! District of the Great lakes! And the scene of a mysterious crime.... Swanton Morley, the People's Professor, once again sets off in his Lagonda to continue his history of England, The County Guides. Stranded in the market town of Appleby...

T. S. Eliot's best-selling collection of practical cat poems has been one of the most successful poetry collections in the world. For the first time in company history a companion volume will be published. Originally conceived by Eliot himself, Old Toffer's Book of Consequential Dog poems are a witty, varied and exquisitely compiled as Eliot's cats...

The naming of Cats is a difficult matter, It isn't just one of your holiday games; You may think at first I'm as mad as a hatter When I tell you, a cat must have THREE DIFFERENT NAMES. First of all, there's the name that the family use daily, Such as Peter, Augustus, Alonzo or James, Such as Victor or Jonathan, George or Bill Bailey - All of them s...