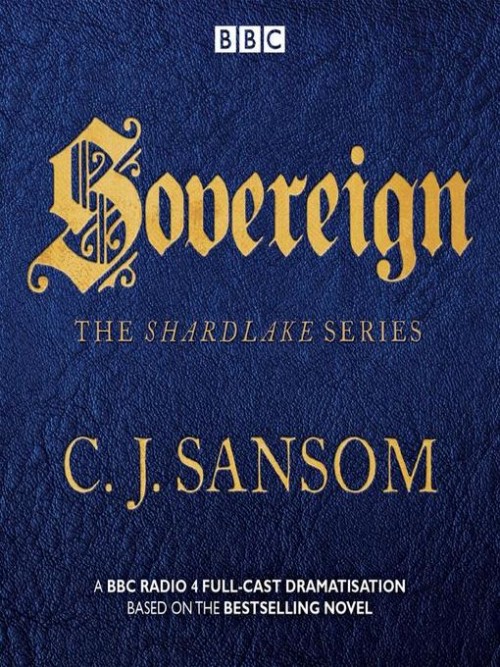 
A thrilling BBC Radio 4 full-cast dramatisation based on the third novel in C. J. Sansom's bestselling Tudor crime series featuring hunchback lawyer-detective Matthew Shardlake. Autumn, 1541. Henry VIII, accompanied by his young bride Catherine Howard, has embarked on a Great Progress from London to York, to establish his power and authority with his rebellious subjects in the North and receive their oaths of loyalty. Shardlake, sent ahead of the 3000-strong procession, is in the city to help prepare legal petitions for the King - and to undertake a delicate clandestine mission for Archbishop Cranmer. Sir Edward Broderick, a dangerous conspirator imprisoned in York Castle, is being transferred to the Tower of London for interrogation, and it is up to Shardlake and his faithful assistant Barak to ensure he gets there safe and well. But the death of a glazier sees the duo drawn into a murder investigation, a treasonous plot and a secret that threatens to bring down the royal family... Starring Justin Salinger as Shardlake and Bryan Dick as Barak, this gripping third instalment of the 'Shardlake' series is a compelling murder mystery and a deeply evocative portrait of the turbulent Tudor world. Duration: 2 hours 30 mins approx. Tensions are running high in the city, and soon Shardlake is called to investigate a suspicious death - and stumbles upon a daring plot that has the potential to shake England to its core. CJ Sansom's 'Shardlake' series has sold over two million copies, and this atmospheric dramatisation starring BAFTA-winning actor Jason Watkins (The Lost Honour of Christopher Jeffries) brings his d‚but novel to electrifying life. Fast-paced and suspenseful, it is both an engrossing murder mystery and a brilliantly realised portrayal of Tudor England. Duration: 2 hours 30 mins approx.

1952. Twelve years have passed since Churchill lost to the appeasers and Britain surrendered to Nazi Germany after Dunkirk. As the long German war against Russia rages on in the east, the British people find themselves under dark authoritarian rule: the press, radio and television are controlled; the streets patrolled by violent auxiliary police an...

A gripping BBC Radio 4 full-cast dramatisation based on the second novel in C. J. Sansom's bestselling Tudor crime series. Summer, 1540. It has been three years since the terrible events at Scarnsea monastery, and lawyer-detective Matthew Shardlake is living a quiet life in London - until a summons from Cromwell sees him embarking on another danger...