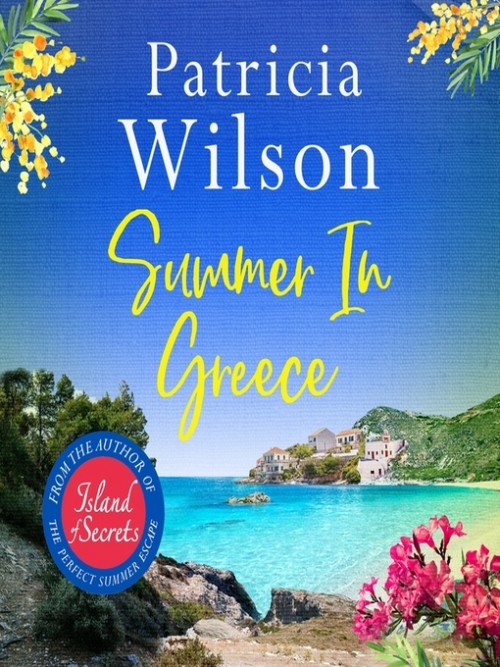 
Present day
For the last twenty years, Summer has lived a solitary life, focusing on her career as a vet and trying not to think of the past. Every year she escapes for a few weeks to beautiful Greek islands, losing herself in photography and wreck diving.
When the junk room of her clifftop cottage is cleared to accommodate a carer for her father, Summer stumbles across the belongings of her great-grandmother, Gertie Smith. She finds a WWI nurse's uniform, a soldier's blanket, and a recording of Gertie's memoirs. As Summer listens to it, she learns about her great-grandmother's secret life, and might just find the strength to let go of her own tragic past.
1916
When eighteen-year-old nurse Gertie Smith signs up for the war effort, she is thrilled to learn that her destination will be Greece. With a head full of blue skies and handsome men, she boards the Titanic's sister ship, the hospital ship Britannic. Unprepared for the horrors of war, she heads for the Greek island of Lemnos on a mission to rescue three thousand wounded British soldiers.
The Britannic never reaches its destination. Gertie, who disobeyed her orders, blames herself. She is sent to the Greek island of Kea, where she meets and falls in love with a Greek fisherman, Manno - but she finds herself torn between him and her duty to an English soldier, and all too soon her past catches up with her.

'I am Sofia. I am searching for my daughter, born 1st November 1972.&nbsp;Can you help me?'On the beautiful beaches of Crete, an old woman is handing out scraps of paper. Sofia, eighty-five years old, unable to speak, is desperate to find a daughter she has never known. After a tragic childhood in Athens and a soaring career as a singer, the brutal...

She'll uncover the shocking secrets of her past in paradise . . .Sent away to convent school at the age of six, Irini McGuire has never really known her celebrated archaeologist mother, Bridget, who lives on the paradise island of Santorini. So, when Irini receives news that Bridget has been injured at a dig and is in coma she knows it is time to r...