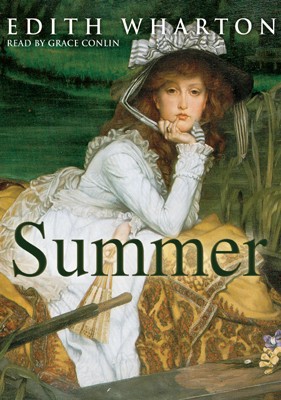 
Wharton's most erotic and lyrical novel, Summer explores a daring theme for 1917: a woman's awakening to her sexuality. Eighteen-year-old Charity Royall lives in the small town of North Dormer, ignorant of desire until the arrival of architect Lucius Harney. Independent yet kept from love until now by society's expectations, Charity finds herself wrapped up in a love affair with Harney. Like the succulent summer landscape in the Berkshires around them, Charity's romance is lush and picturesque, but its consequences are harsh and real. Praised for its realism and candor by such writers as Joseph Conrad and Henry James and compared to Flaubert's Madame Bovary, Summer was one of Wharton's personal favorites of all her novels and remains as fresh and relevant today as when it was first written.

Glimpses of the Moon

Glimpses of the Moon

Set in New York in the 1920s, The Glimpses of the Moon details the romantic misadventures of Nick Lansing and Susy Branch, two high-society hangers-on with the right connections but a lack of funds. To maintain their status, they decide to marry and spend a year or so sponging off their wealthy friends, honeymooning in their mansions and villas. Bo...

When the impulsive Countess Olenska returns into old New York society, following a separation from her husband, she stirs the educated sensitivity of Newland Archer, who is engaged to be married to May Welland, the Countess' cousin.

A full-cast Unabridged of Edith Wharton's Pulitzer Prize-winning novel about a passionate love affair which breaks all the rules of the restrictive high society of 1870s New York. In the exclusive world of upper-class New York, in which attendance at balls and dinner passes for occupation, Newland Archer anticipates his marriage to May Welland, a b...

Conventional and circumstance bind the young Ethan Frome to a wife he cannot love. Grimly resigned to his fate, he sees for himself a life as bleak and constricted as the New England farm on which he lives. Then the appearance in his bleak personal landscape of his ailing wife's orphaned young cousin, Mattie Silver, rouses in Ethan a fierce passion...

In ''Atrophy,'' an unhappily married matron named Nora Fenway hears that her one-time clandestine lover, Christopher, is severely ill; she risks her reputation by going to visit him, but is turned away by his sanctimonious sister. A heartbreaking tale which emphasises the importance of human bonds but also examines the restraints we endure at the h...

This spare, mesmerizing novel is Edith Wharton's money-can't-buy-happiness tale. Young Stephen Glennard is poor, but he has an unanticipated gambling chip: a collection of love letters from a scorned but now famous lover, the distinguished novelist Margaret Aubyn. To raise money for his forthcoming wedding to another woman, Stephen stoops to sellin...

The Mission of Jane

The Mission of Jane

Edith Wharton displays typical expertise in this portrayal of high society tensions. Jane Lethbury surprises and confounds her husband in asking him to let her adopt a baby.

The Reef is a 1912 novel by American writer Edith Wharton. It concerns a romance between a widow and her former lover. The novel takes place in Paris and rural France, but primarily features American characters. While writing the novel, Edith Wharton visited England, Sicily, and Germany, among other locations. Anna Leath is a young widow, an Americ...

The House of Mirth

The House of Mirth

Set among the elegant brownstones and opulent country houses of turn-of-the-century upper-class New York, Edith Wharton's first great novel is a precise, satiric portrayal of what the author herself called "a society of irresponsible pleasure-seekers." Her brilliantly complex characterization of the doomed Lily Bart, whose stunning beauty and depen...