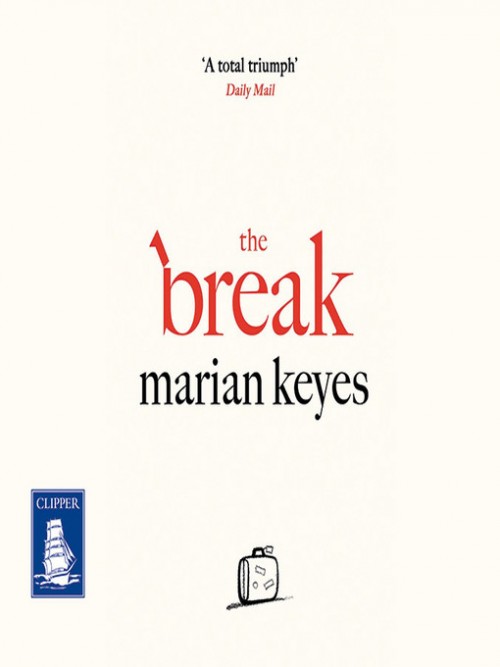 
Amy's husband Hugh has run away to 'find himself'. But will he ever come back? 'Myself and Hugh . . . We're taking a break.' 'A city-with-fancy-food sort of break?' If only. Amy's husband Hugh says he isn't leaving her. He still loves her, he's just taking a break - from their marriage, their children and, most of all, from their life together. Six months to lose himself in South East Asia. And there is nothing Amy can say or do about it. Yes, it's a mid-life crisis, but let's be clear: a break isn't a break up - yet . . . However, for Amy it's enough to send her - along with her extended family of gossips, misfits and troublemakers - teetering over the edge. For a lot can happen in six-months. When Hugh returns, if he returns, will he be the same man she married? Will Amy be the same woman? Because if Hugh is on a break from their marriage, then so is she . . .

Making It Up As I Go Along

Making It Up As I Go Along

You'll be wincing in recognition and scratching your head in incredulity, but like Marian herself you won't be able to stop laughing at the sheer delightful absurdity that is modern life - because each and every one of us is clearly making it up as we go along. She has wonderful and tickling words of advice for those fast approaching fifty.

A nervous breakdown seems like a great idea: all that lying in bed and watching daytime TV. But who's going to have it? Will it be housewife Clodagh, who spends her days microwaving pasta for her demanding toddlers and waiting for her beautiful husband Dylan to come home? Or Lisa, reeling from the shock of a demotion from her fabulous job in London...

Rachel Walsh is twenty-seven and the miserable owner of size 8 feet. She has regular congress with Luke Costello, a man who wears his leather trousers tight. And she's fond - some might say too fond - of recreational drugs. Until, that is, everything goes pear-shaped and she finds herself being frog-marched to the cloisters - Dublin's answer to the...

'Everybody remembers where they were the day they heard that Paddy de Courcy was getting married' But for four women in particular, the big news about the charismatic politician is especially momentous . . . Stylist Lola has every reason to be interested in who Paddy's marrying - because she's his girlfriend, yet she definitely isn't the bride-to-b...

The Mystery of Mercy Close

The Mystery of Mercy Close

Helen Walsh doesn't believe in fear - it's just a thing invented by men to get all the money and good jobs - and yet she's sinking. Her work as a Private Investigator has dried up, her flat has been repossessed and now some old demons have resurfaced. Not least in the form of her charming but dodgy ex-boyfriend Jay Parker, who shows up with a miss...

Maggie Walsh has always done everything by the book - right up until the day she walks out on her marriage. Follow her on a journey of discovery, from suburbia to a sun tan, complete with cocktails and heartache, as she discovers what she really wants from life.

The brand-new book from the bestselling author of The Break and The Woman Who Stole My Life They're a glamorous family, the Caseys. Johnny Casey, his two brothers Ed and Liam, their beautiful, talented wives and all their kids spend a lot of time together - birthday parties, anniversary celebrations, weekends away. And they're a happy family. Johnn...

The Other Side of the Story

The Other Side of the Story

Jojo Harvey is a literary agent whose star is on the rise. In love with both her married boss and her burgeoning career, not much distracts her. Until she finds herself representing two women who used to be best friends. Used to be...

The Brightest Star In the Sky

The Brightest Star In the Sky

'June the first, a bright summer's evening, a Monday . . .' And into the busy, bustling homes at 66 Star Street slips, unseen, a mysterious visitor. As the couples, flatmates and repentant singletons of No 66 fall in and out of love, clutch at and drop secrets, laugh, cry and simply try to live, no one suspects the visitor patiently waiting in the...

The Woman Who Stole My Life

The Woman Who Stole My Life

One day, sitting in traffic, Stella Sweeney attempts a good deed. The resulting car crash changes her life. But in this event is born the seed of something which will take Stella thousands of miles from her old life, turning an ordinary woman into a superstar, wrenching her whole family apart. For the first time real, honest-to-goodness happiness i...