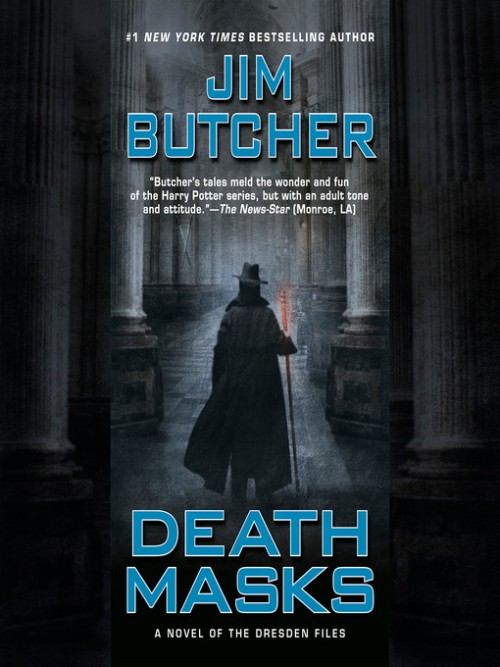 
The Dresden Files have taken the genre of paranormal mystery to a new level of action, excitement, and hard-hitting magical muscle. Now, in Death Masks, Jim Butcher’s smart-guy private eye may have taken on more than he ever wanted to handle.

Harry Dresden, Chicago’s only practicing professional wizard, should be happy that business is pretty good for a change. But he also knows that whenever things are going good, the only way left for them to go is bad. Way bad. Such as:

A duel with the lethal champion of the Red Court, who must kill Harry to end the war between vampires and wizards.

The missing Shroud of Turin—and the possible involvement of Chicago's most feared mob boss.

A handless and headless corpse the Chicago police need identified.

Not to mention the return of Harry’s ex-girlfriend Susan, who’s still struggling with her semi-vampiric nature. And who seems to have a new man in her life. Some days, it just doesn’t pay to get out of bed. No matter how much you’re charging.