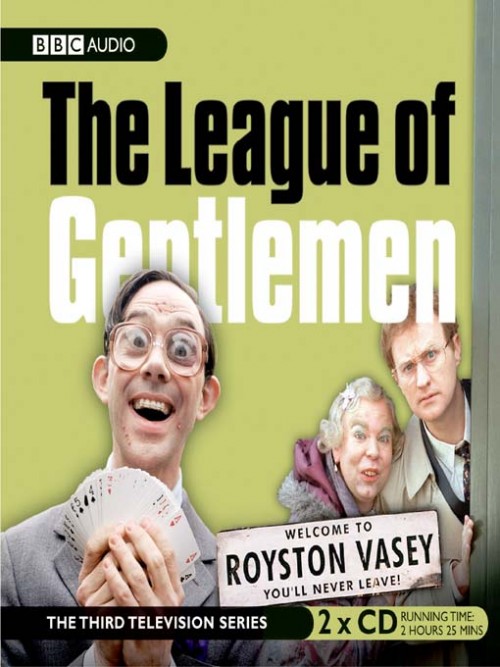 The League of Gentlemen, Series 3


The third series of the award-winning comedy starring Mark Gatiss, Steve Pemberton and Reece Shearsmith. The third series of the BAFTA Award-winning comedy finds a bizarre accident bringing together yet more of the extraordinary inhabitants of Royston Vasey. Pauline is released from HMP Clitclink and harbours dreams of running her own pen shop; joke pedler Lance is sick of his unidextrous life, but soon regrets dabbling in the murky world of illegal body parts; and Geoff travels to London to become a stand-up comedian - but it's not only his act that bombs... Tired of the `sexploits' at his B&B, Alvin escapes to the garden centre in search of more than compost bins; Charlie is a big hit at the Spit & Polish beauty salon, especially when he proves a dab hand at providing `extras'; the charity shop's new volunteer Keith loves am-dram, but what is the sinister secret behind his smiling face...? Added to these horrors are street magician Dean Tavalouris, Neds, Tris and the unstoppable Maxie-Power. Once again, it's business as unusual in Royston Vasey.

The League of Gentlemen, Series 2

The League of Gentlemen, Series 2

Following on from the radio series On the Town with The League of Gentlemen, this release is a compilation of moments from the second BBC television series starring Mark Gatiss, Steve Pemberton and Reece Shearsmith.