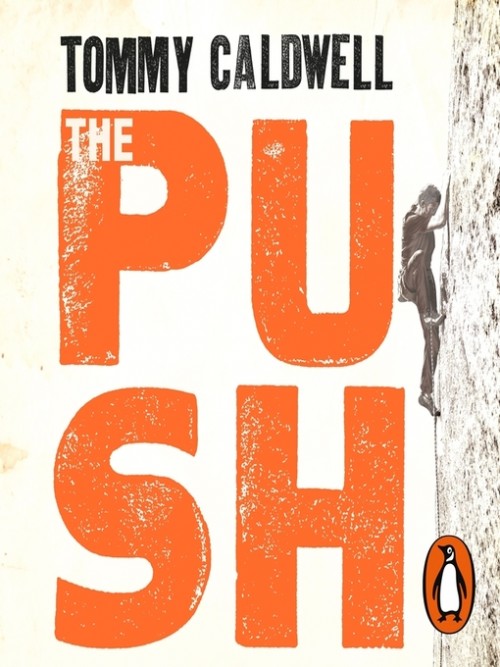 
Penguin Audio presents The Push by Tommy Caldwell, read by Johnathan McClain. A dramatic, inspiring memoir by legendary rock climber Tommy Caldwell, the first person to free climb the Dawn Wall of Yosemite's El Capitan. On January 14, 2015, Tommy Caldwell, along with his partner, Kevin Jorgeson, summited what is widely regarded as the hardest climb in history Yosemite's nearly vertical 3,000-foot Dawn Wall, after nineteen days on the route. Caldwell's odds-defying feat was the culmination of an entire lifetime of pushing himself to his limits as an athlete. This engrossing memoir chronicles the journey of a boy with a fanatical mountain-guide father who was determined to instill toughness in his son to a teen whose obsessive nature drove him to the top of the sport-climbing circuit. Caldwell s affinity for adventure then led him to the vertigo-inducing and little understood world of big wall free climbing. But his evolution as a climber was not without challenges; in his early twenties, he was held hostage by militants in a harrowing ordeal in the mountains of Kyrgyzstan. Soon after, he lost his left index finger in an accident. Later his wife, and main climbing partner, left him. Caldwell emerged from these hardships with a renewed sense of purpose and determination. He set his sights on free climbing El Capitan s biggest, steepest, blankest face the Dawn Wall. This epic assault took more than seven years, during which time Caldwell redefined the sport, found love again, and became a father. The Push is an arresting story of focus, drive, motivation, endurance, and transformation, a book that will appeal to anyone.

Penguin presents the unabridged, downloadable audiobook edition of Believe by Nicola Adams, read by Emma Swan. At London 2012, Nicola Adams made history. The flyweight boxer - nicknamed the smiling assassin - became the first ever woman to win an Olympic Gold medal for boxing. In Rio 2016, with the nation cheering her on, she did it all over again....

Embark on a journey through the cycling year with The Cycling Podcast, which has been entertaining and informing fans since 2013. Richard Moore, Lionel Birnie and Daniel Friebe share their diaries from three incident-filled Grand Tours, the Giro d'Italia, Tour de France and Vuelta a Espa&curren;a. These take listeners behind the scenes and explore...

'England invented football, codified it, became champions of the world in 1966 but humiliatingly then forgot how to play the greatest game of all. England took their eye off a ball they arrogantly thought they owned, allowing other nations to run off with it.' It has been Fifty Years of Hurt since Bobby Moore lifted the World Cup trophy at Wembl...