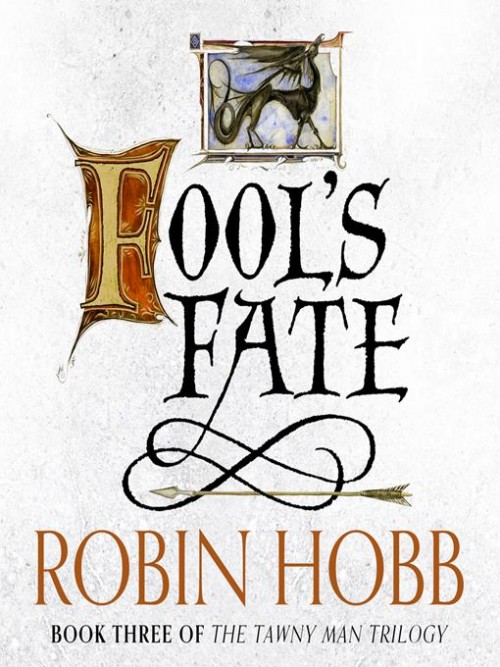 
The triumphant conclusion to the Tawny Man trilogy, from the author of the best-selling Farseer and Liveship Traders trilogies. The moving end to the tale of the Farseers, in which kingdoms must stand or fall on the beat of a dragon's wings, or a Fool's heart.

A small and sadly untried coterie - the old assassin Chade, the serving-boy Thick, Prince Dutiful, and his reluctant Skillmaster, Fitz - sail towards the distant island of Aslevjal. There they must fulfil the Narcheska’s challenge to her betrothed: to lay the head of the dragon Icefyre, whom legends tell is buried there deep beneath the ice, upon her hearth. Only with the completion of this quest can the marriage proceed, and the resulting alliance signal an end to war between the two kingdoms. It is not a happy ship: tensions between the folk of the Six Duchies and their traditional enemies, the Outislanders, lie just beneath the surface.

Thick is constantly ill, and his random but powerful Skilling has taken on a dark and menacing tone, while Chade’s fascination with the Skill is growing to the point of obsession. Having ensured that his beloved friend the Fool is safely left behind in Buckkeep, Fitz is guilt-stricken; but he is determined to keep his fate at bay, since prophecy foretells the Fool’s death if he ever sets foot on the isle of the black dragon. But as their ship draws in towards Aslevjal a lone figure awaits them….

Robin Hobb&rsquo;s best loved characters, Fitz , The Fool and Nighteyes, the wolf, face new adventures and trials in the first book of The Tawny Man trilogy. When Assassin&rsquo;s Quest closed, Fitz was living in self-imposed exile. Wracked with pain, he had chosen to discard the magical gifts that had seen him survive the wonders and torments of...

The second in the thrilling fantasy series returning listeners to the Six Duchies and the magical world of the Farseers, from the author of the best-selling&nbsp;Assassin&rsquo;s Apprentice. Fitz has succeeded in rescuing Prince Dutiful from the clutches of the Piebald rebels, and has returned with him to Buckkeep castle. With Dutiful safe again,...