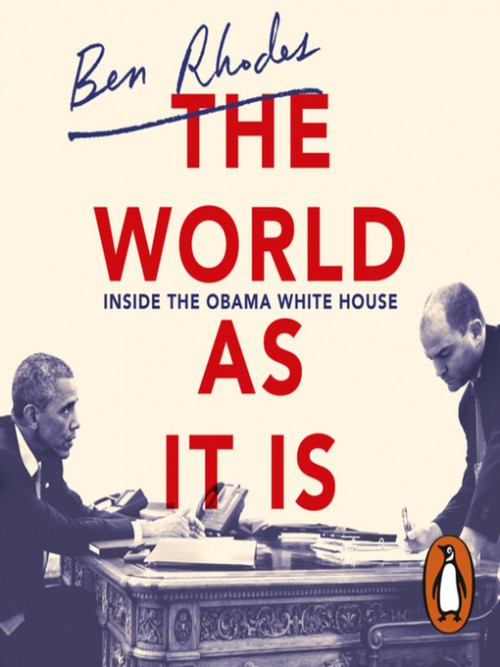 
This is a book about two people making the most important decisions in the world. One is Barack Obama. The other is Ben Rhodes. The World As It Is tells the full story of what it means to work alongside a radical leader; of how idealism can confront reality and survive; of how the White House really functions; and of what it is to have a partnership, and ultimately a friendship, with a historic president. A young writer and Washington outsider, Ben Rhodes was plucked from obscurity aged 29. Chosen for his original perspective and gift with language, his role was to help shape the nation's hopes and sense of itself. For nearly ten years, Rhodes was at the centre of the Obama Administration - first as a speechwriter, then a policymaker, and finally a multi-purpose aide and close collaborator. Rhodes puts us in the room at the most tense and poignant moments in recent history: starting every morning with Obama in the Daily Briefing; waiting out the bin Laden raid in the Situation Room; reaching a nuclear agreement with Iran; leading secret negotiations with the Cuban government; confronting the resurgence of nationalism that led to the election of Donald Trump. This is the most vivid portrayal yet of Obama's presidency. It is an essential record of the last decade. But it also shows us what it means to hold the pen, and to write the words that change our world.