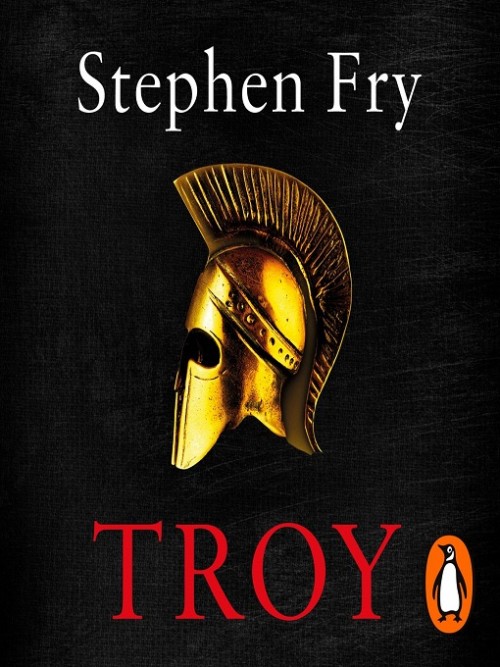 
Brought to you by Penguin. Following the bestselling retellings of the Greek myths in Mythos and Heroes, Stephen Fry's bewitching third volume Troy - concerning love and war, passion and power - is now ready for ordering. The story of Troy speaks to all of us - the kidnapping of Helen, a queen celebrated for her beauty, sees the Greeks launch a thousand ships against the city of Troy, to which they will lay siege for ten whole and very bloody years. It is Zeus, the king of the gods, who triggers the war when he asks the Trojan prince Paris to judge the fairest goddess of them all. Aphrodite bribes Paris with the heart of Helen, wife of King Menelaus of the Greeks, and, naturally, nature takes its course. It is a terrible, brutal war with casualties on all sides as well as strained relations between allies. The Greek's most fearsome warrior, Achilles, argues with King Agamemnon, his commander, over another woman, the Trojan slave Briseis. The consequences lead to terrible tragedies. In Troy you will find heroism and hatred, love and loss, revenge and regret, desire and despair. It is these human passions, written bloodily in the sands of a distant shore, that still speak to us today. It is a myth in which we seek the truth about ourselves and which Stephen Fry brings breathtakingly to life.

Stephen Fry meets the brains behind the mobile phone. Today, 85% of the silicon chips inside all mobile phones are designed by one Cambridge-based company, ARM. Two computer engineers needed some micro-processors but didn't like what they saw and decided to make their own. Strapped for cash, they designed chips that were small, cheap and exceptiona...

For Ned, 1980 seems a blissful year. Handsome, charming, popular and talented, his life is progressing smoothly, effortlessly, happily. And when he meets the lovely Portia Fendeman his personal jigsaw appears complete. But timing is everything in life, and his life is about to change for ever. Things are going to get very bad indeed for innocent yo...

Stephen Fry invites readers to take a glimpse at his life story in the unputdownable More Fool Me. 'Oh dear I am an arse. I expect there'll be what I believe is called an "intervention" soon. I keep picturing it. All my friends bearing down on me and me denying everything until my pockets are emptied. Oh the shame' In his early thirties, Stephen Fr...

Ted Wallace is an old, sour, womanising, cantankerous, whisky-sodden beast of a failed poet and drama critic, but he has his faults too. Fired from his newspaper, months behind on his alimony payments and disgusted with a world that undervalues him, Ted seeks a few months repose and free drink at Swafford Hall, the country mansion of his old friend...

Stephen Fry's breathtakingly outrageous debut novel, by turns eccentric, shocking, brilliantly comic and achingly romantic. Adrian Healey is magnificently unprepared for the long littleness of life; unprepared too for the afternoon in Salzburg when he will witness the savage murder of a Hungarian violinist; unprepared to learn about the Mendax devi...

a) A fatuous, wasted, degenerate and wholly useless existence captured in delicate, lyrical and exquisitely realised prose. b) Lightly amusing anecdotes and tender reminiscences of the great men and women encountered during a rich, varied and rewarding lifetime, fondly remembered in the tranquil evening of a career of public service. c) The autobio...

There are Heroes - and then there are Greek Heroes. Few mere mortals have ever embarked on such bold and heart-stirring adventures, overcome myriad monstrous perils, or outwitted scheming vengeful gods, quite as stylishly and triumphantly as Greek heroes. In this companion to his bestselling Mythos, Stephen Fry brilliantly retells these dramatic, f...

No one loves and quarrels, desires and deceives as boldly and brilliantly as Greek gods and goddesses. They are like us, only more so - their actions and adventures scrawled across the heavens above. From the birth of the universe to the creation of humankind, Stephen Fry - who fell in love with these stories as a child - retells these myths for ou...