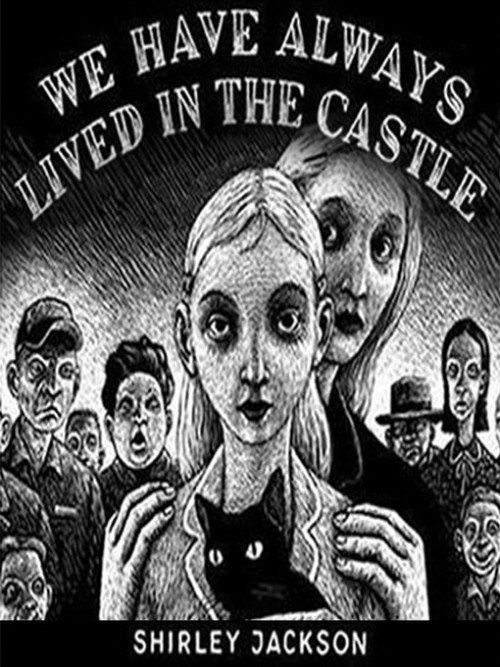 We Have Always Lived In the Castle


Shirley Jackson's deliciously unsettling novel about a perverse, isolated, and possibly murderous family takes readers deep into a labyrinth of dark neurosis, macabre humor, and gothic atmosphere. Six years after four family members died suspiciously of arsenic poisoning, the three remaining Blackwoods-elder, agoraphobic sister Constance; wheelchair-bound Uncle Julian; and eighteen-year-old Mary Katherine, or, Merricat-live together in pleasant isolation. Merricat has developed an idiosyncratic system of rules and protective magic to guard the estate against intrusions from hostile villagers. But one day a stranger arrives-cousin Charles, with his eye on the Blackwood fortune-and manages to penetrate into their carefully shielded lives. Unable to drive him away by either polite or occult means, Merricat adopts more desperate methods, resulting in crisis, tragedy, and the revelation of a terrible secret. Jackson's novel emerges less as a study in eccentricity and more-like some of her other fictions-as a powerful critique of the anxious, ruthless processes involved in the maintenance of normalcy itself.

Brought to you by Penguin. Welcome to The Close - a beautiful street of mansions, where gorgeous Stella is the indisputable Queen Bee . . . It is here that Laura, seeking peace and privacy after her marriage falls apart, rents a tiny studio. Unfortunately, her arrival upsets suspicious Stella - who fears Laura has designs on her fianc‚, Al. When La...