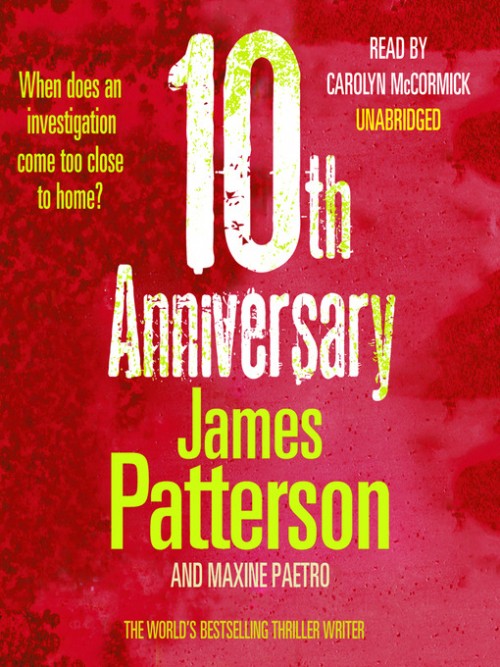 
Detective Lindsay Boxer has finally married her long-time boyfriend Joe. But she doesn't even have time for a honeymoon before returning to work and a traumatic case. A fifteen-year-old girl is found lying unconscious in the street, naked but for a cheap plastic raincoat, and haemorrhaging badly after having given birth within the last 36 hours. But the baby is nowhere to be found. Meanwhile Yuki Castellano is trying a case against a woman accused of killing her husband. The evidence is overwhelming and Yuki is certain of winning a conviction. But the accused is a renowned heart surgeon and her attorney specialises in criminal defence of the wealthy. This case might not be a straightforward as Yuki had hoped. Lindsay and Yuki's close friend and fellow member of the Women's Murder Club reporter Cindy Thomas is investigating a terrifying story. Two women have reported recent sexual assaults, but neither can remember anything of the attacks. Are these two incidents linked? Will this be the start of a string of attacks? Cindy is determined to uncover the truth, but her headstrong approach can lead her straight into danger.

A brutal madman sprays bullets into a crowd of children leaving a San Francisco church. Miraculously-or was it intentionally?-only one person dies. Then an elderly black woman is hung. Police homicide inspector Lindsay Boxer senses a connection and, together with medical examiner Claire, assistant D.A. Jill, and Chronicle reporter Cindy, finds a li...

As Detective Lindsay Boxer investigates whether the perpetrators are brilliant impostors or police officers gone rogue, she receives a chilling warning to back off. On the other side of the city, an innocent woman is murdered in broad daylight in front of dozens of witnesses. But there are no clues and no apparent motive. With killers in disguise,...

A young mother and her infant child are ruthlessly gunned down while returning to their car in the garage of a shopping mall. There are no witnesses, and Detective Lindsay Boxer is left with only one shred of evidence: a cryptic message scrawled across the windshield in blood-red lipstick. The same night, the wife of A-list actor Marcus Dowling wal...