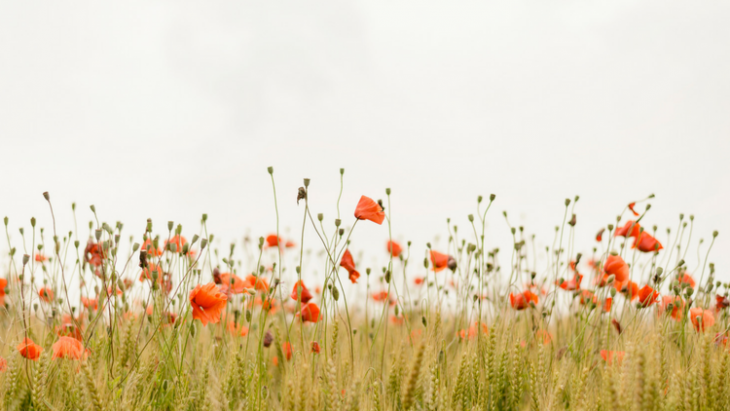 November 2017 marks 100 years since the Battle of Passchendaele ended. To commemorate this we recommend a list of First World War books, from must-reads to forgotten classics.

It is hard to comprehend just how catastrophic events like the Battle of Passchendaele were. Also known as the Third Battle of Ypres, it has become synonymous with its high number of casualties. The battle occurred on the Western Front between July and November. During August, there were only three days when it did not rain, and fourteen days when less than 1mm of rain fell. This caused the area to become a thick mud, which clogged up rifles and immobilised tanks. It eventually became so deep men and horses drowned in it.

Passchendaele symbolises the horror of the trench warfare tactics used throughout the war. However, there were many more terrible experiences suffered throughout the war's four year span. The following list picks the best First World War books that describe the conditions of this period in history.

Scars Upon My Heart - edited by Catherine Reilly

Vera Brittain wrote 'your battle wounds are scars upon my heart' in a poem to her brother, four days before he died in June 1918. Taking this as its title, this anthology displays women's protest poetry that was written long before Sassoon or Owen, and undermines the narrative of the idealistic woman 'at home'. Just like the famous First World War poetry written by men, women's poetry of the time focuses on the chaos, grief, and anger felt by those left behind. A necessary audiobook to understand how British society reacted to the First World War.

Listening Books members can download and stream Scars Upon My Heart or borrow it on MP3 CD number 13745.

War Horse is told from the perspective of Joey, a horse with a distinctive cross on his nose. He is sold into the army and experiences the horrors of the First World War trenches firsthand. Throughout it all, he desperately wants to return to Albert, the farmer's son he left behind. Joey's experiences demonstrate the disastrous futility of the war, and it is evocative and poignant. War Horse is one of the best First World War books, relevant for all ages.

At 108 years old, Harry Patch was the only surviving veteran of the First World War when this book was published in 2007. In it, he relates his memories of his Edwardian childhood, the Battle of Passchendaele, and beyond. He describes daily life in the trenches vividly, including what it felt like to be under artillery fire, and the terror of going over the top. It is emotionally powerful, as well as sometimes funny. This is a great book to read to understand the horrors of the First World War.

All Quiet on the Western Front - E. M. Remarque

After Paul Bäumer enlists, he experiences the terror and tragedy of the war firsthand. This changes him from a loving, creative man to someone who is disconnected from his feelings. It is always valuable to see that both sides in the war disavowed the nationalism through demonstrating the anguish in fiction. Written by a German veteran, this is another one of the greatest First World War books, but it is always worth revisiting.

Listening Books members can download or stream All Quiet on the Western Front or borrow it on MP3 CD number 05176.

A young boy named Jack visits First World War graves with his grandfather. Whilst there, Jack has flashbacks to 1914. There, he is a soldier in the trenches, living the terrible day-to-day life. However, then he also remembers the time the guns fell silent and the fighting gave way to football on No Man's Land. Despite the tragedy of the war, this book is a great reminder that there is always hope.

Listening Books can download or stream When the Guns Fall Silent or borrow it on MP3 CD number 12466.

The Penguin Book of First World War Poetry is probably the most comprehensive anthology available. As well as Siegfried Sassoon and Wilfred Owen, it also features a wide range of other poets from the time. The introduction is also fascinating, showing how poetry was part of daily life in the Edwardian era, and the army that fought in World War One was one of the most educated in history. Many of the poems are extremely poignant, making this a great listen to mark the centenary of Passchendaele.

Listening Books members can download or stream The Penguin Book of First World War Poetry or borrow it on MP3 CD number 13348.

Goodbye To All That - Robert Graves

This audiobook is the ideal companion to The Penguin Book of First World War Poetry. Robert Graves is famous for being a First World War poet, and his work is featured in the Penguin anthology. This autobiographical account of Graves' life includes descriptions of his time as a solder in the trenches. He details everything from the boredom of daily life to the terror of No Man's Land with a matter-of-fact voice. It ends with Graves living abroad, vowing 'never to make England my home again'.

Listening Books members can download or stream Goodbye to All That or borrow it on MP3 CD number 05101.

The Roses of No Man's Land - Lyn MacDonald

Lyn MacDonald is known as one of the best historical writers about the First World War. This book concentrates on the volunteer nurses fighting their own war against the suffering and death of soldiers. 'On the face of it, no one could have been less equipped for the job than these gently nurtured girls who walked straight out of Edwardian drawing rooms into the manifest horrors of the First World War..." she says as an introduction. However, she goes on to argue that a quiet revolution took place where women proved they could do anything. This book contains many first person accounts that makes it a fascinating insight into a less well known area of the First World War.

Listening Books members can download or stream The Roses of No Man's Land or borrow it on MP3 CD number 03932.

Another of the most famous First World War books, Birdsong follows Stephen as he goes from pre-war France, to the horrors of the trenches, and after. The descriptions are very evocative and the fear and hopelessness of the soldiers is terrifying. The story is broken up across three generations so that it spans the true effect of the war. Birdsong asks if the war stopped when the fighting ended, or whether it carries on forever in the veterans.

Listening Books members can download or stream Birdsong or borrow it on MP3 CD number 05373.

Have you listened to any of these First World War books? Let us know in the comments.

If you enjoyed this post you may also enjoy: Local and Community History Month: Book Recommendations.