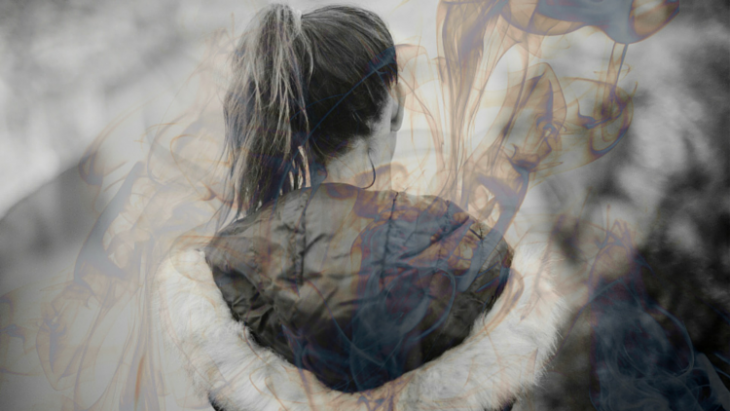 Junk – the book that launched the young adult novel

This article was written by Gillian James, University of Salford, and was originally published on The Conversation.

At the Hay Festival on June 2, Melvin Burgess received the Andersen Press Young Adult Book Prize Special Achievement Award for his novel Junk, first published 20 years ago. Since then, the young adult novel has come of age.

Burgess and his publisher, Andersen Press, took a risk when Junk was first released in 1996, when books for teenagers were hardly as gritty as the typical dystopian fare of today. A book about drug addiction and prostitution aimed at “young adults” was then a very daring thing, and many thought that this was a book that was simply too depressing for the market and would languish on the library shelves. It was, after all, one in which 14- and 15-year-olds take high risks, living away from home in a squat and fuelling their heroin addiction through theft.

Actually, it didn’t languish on the library shelves at all. It became a bestseller and was translated into 28 languages. Unsurprisingly, it received some negative commentary, but as Burgess himself has pointed out (in the latest edition of Junk), most of that came from people who had not read the book. There was also plenty of positive commentary: “An honest, authentic look at the drug culture,” said Time Out. “May just be the best YA book ever,” thought Robert Muchamore. “It is the real thing – a teenage novel for teenage readers,” argued The Scotsman. Burgess was awarded the Carnegie medal for Junk in 1997.

As its title hints, it’s a grim story, and now slightly dated. The young people involved have to make phone calls from phone boxes and have little access to computers. Yet the main characters, Gemma and Tar, are believable and rounded. The addiction is real. Homelessness is still an issue. It was Burgess’s aim to tell an authentic story but by his own admission, “authentic is informative”.

Arguably, the young adult and the young adult novel have existed for some time. Mark Twain, Louisa May Alcott, Jane Austen, the Bronte sisters, Charles Dickens and even Goethe featured them and wrote them, of a kind. The Bildungsroman, or coming of age story, was aimed at all ages (think David Copperfield).

More recently, in the 1970s, Judy Blume and Christine Nöstlinger wrote for the older teen. These books featured some of the challenges facing young people: growing sexual awareness, peer pressure and the need to take responsibility for the world. But the young people in these novels do not take such high risks as Burgess’s characters nor is the description of their activity as explicit. Not quite (young) adult.

The term “young adult” did not come into common parlance until sometime after the appearance of Junk (though some educationalists have used the word since 1957 when the Young Adult Library Division, now known as the Young Adult Services Association (YALSA), was formed).

The bookshop chain Ottakar’s relabelled their teen fiction “young adult” in 1999. Waterstone’s changed the description back to “teen fiction” in 2006. At this point, the book-producing industry could not quite define what was meant by “young adult”. But Junk is often considered to have launched the Young Adult novel. Burgess may not have seen this as permission to write for this newly defined reader. He just wanted to write that particular story. Now he admits, however, that “the time was ripe for YA to grow up, and I was the right person in the right place at the right time”.

Other writers began to write for this newly defined reader. Kate Cann and Louise Rennison started writing what might be termed “Chicklet-Lit” – chick lit for a slightly younger readership. Jacqueline Wilson and Judy Waite gradually started writing for older teenagers. Several vampire and other paranormal romance books began to appear.

Other novels by Burgess push boundaries, too: Lady, My Life as a Bitch (2001) tells the story of a girl who becomes a dog and enjoys being promiscuous. Doing It (2003) is a frank examination of young male sexuality at the same time as showing the vulnerability of his three main characters. Nicholas Dane (2009) raises the issue of abuse but Burgess keeps the protagonist human. The Hit (2013) includes drugs again and violence on the streets of Manchester (yet is really about something else).

The young adult novel, after all, is a story told by one invented young adult (Burgess and many other writers of young adult literature are certainly not young adults) to another. In Junk, Burgess uses a series of close first person narratives, most of them from the point of view of two main characters. He offers us a character closeness, high stakes and risk-taking in our young people that was innovative at the time. After Junk, these were identified as traits of the young adult novel. He also offers us the young adult’s voice:

Maybe if I get off, I’ll get back with Gemma again. I know, I know. She didn’t chuck me because I was using … I was as clean as a whistle at the time, more or less. But you have to have hope.

Junk is 20 years old – and it still speaks to us. As Malorie Blackman, former Children’s Laureate, says in her introduction: “It may not be real but as with every great fictional story – every word is true.”

This article was originally published on The Conversation. Read the original article here .

You can search our library catalogue for more books by Melvin Burgess, as well as titles by Malorie Blackman, Louise Rennison, Jacqueline Wilson and many more.