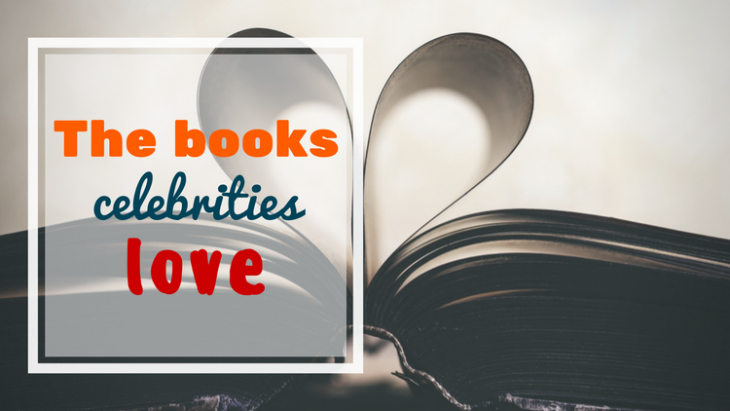 Back in May, Bill Gates dropped five books he would recommend that you read. This week Barack Obama has offered us his summer reading choices. And why not be influenced in what to read next by your favourite celeb? You like them, so maybe you'll like their reading choices too!

With that in mind, here are some celebrity-recommended reads.

Woody Allen: The Catcher in the Rye by JD Salinger

"The Catcher in the Rye has always had special meaning for me because I read it when I was young – 18 or so. It resonated with my fantasies about Manhattan, the Upper East Side, and New York City in general. It was such a relief from all the other books I was reading at the time, which all had a quality of homework about them. For me, reading Middlemarch or Sentimental Education is work, whereas The Catcher in the Rye is pure pleasure."

"Think And Grow Rich by Napoleon Hill - that will help you. I'm listening to audio books now. I've actually been listening to newscasts on this new movement in biology of creating human life through synthetic chemical compounds."

Ellen DeGeneres: The Art of Racing in the Rain by Garth Stein

"Ever since 12-year-old Mimi Ausland gave me the book The Art of Racing in the Rain, I haven't been able to put it down. It's about the life of a race car driver, told from the perspective of his dog, Enzo! Trust me, you're gonna love this story - even those who are sceptical about talking canines."

"This is now my reading collection: John Niven's Kill Your Friends, The Amateurs and The Second Coming. Someone told me that Steven Stelfox is based on the guy whose house I bought. But I bet there are quite a few record execs walking around saying it's them."

"What a protagonist, what a set-up! We love this book because there's something incredibly compelling about someone who has had a really terrible life, suddenly being thrust into the position of incredible privilege — a life where they get everything and anything."

Will Smith: The Alchemist by Paulo Coelho

"Paulo Coelho in The Alchemist, which is my favourite book, he talks about the whole of the universe, and it's contained in one grain of sand. [...] My own grain of sand has been story. The next 10 years will be my peak of innovation in film making and just as a human being."

"My dad read me The BFG by Roald Dahl when I was younger. I'm really fond of that book. [...] I like books that aren't just lovely but that have memories in themselves. Just like playing a song, picking up a book again that has memories can take you back to another place or another time."

"My fifth-grade teacher, who has since become one of my best friends, is a strong, powerful black woman. One day she said, 'Instead of calling and asking me for advice, try reading J. California Cooper.' The stories in this collection follow common folk dealing with everyday issues. [...] While many of the stories start off dark and depressing, ultimately, they are incredibly inspirational."

"No, not vampires; the late William Gay unfortunately didn't anticipate the world takeover of Bella and Edward when he named his backwoods Tennessee gothic novel, but it is no less a stunning web of Cormac McCarthy-esque necrophilia, murder, spot-on rural dialogue, and haunting renditions of nature. He is my new favourite writer."

"A few years ago, a friend gave me a copy of Michael Cunningham's The Hours for my birthday. I hadn't read anything about it, so it was the most exquisite surprise. The writing is gorgeous. These characters are in incredible pain, and the book evokes the difficulty we all have in making decisions about our lives."

"I read this book awhile ago, but find it too delightful to shelve."

"Gone Girl, by Gillian Flynn... which I came to late, but liked so much I went out and read all of her other books at once."

"My heritage is Caribbean, and I'd never read anything that really breaks down Caribbean culture politically, historically, socially, and in terms of gender. Lucy did that—it called out to me, to the kind of life I had and the kind of person I am."

Morgan Freeman: The Shawshank Redemption: A Novella in Different Seasons by Stephen King

"Well, it is a novella, but I do like The Shawshank Redemption."

Rachel McAdams: When You Are Engulfed in Flames by David Sedaris

"It's not often that a writer makes me laugh out loud, but Sedaris does. He brings me to tears. It's to the point where I can't read his writing in public because people think I'm having some kind of meltdown. In this collection of essays, he has a way of finding humor in the strangest and most painful moments [...] I take myself too seriously sometimes, and Sedaris's books are such a revelation about how you can celebrate life's strangeness and idiosyncrasies."