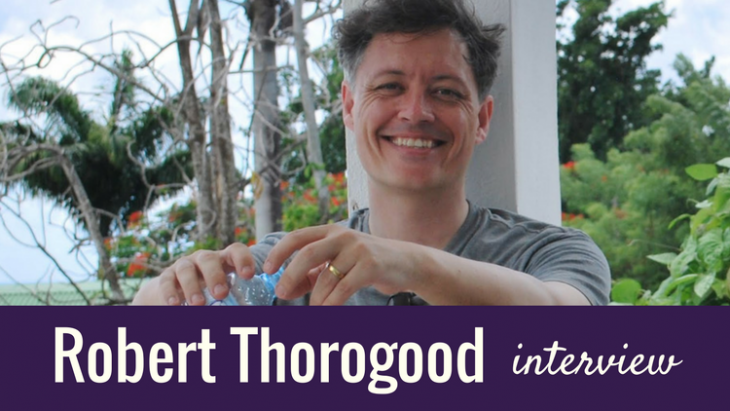 In 2015 Robert Thorogood released the first spinoff novel about DI Richard Poole, A Meditation on Murder. He has since gone on to write two more Death in Paradise novels, with a fourth one in the works.

He recently chatted to Abigail Jaggers about the show, the novels, and his love of Agatha Christie.

On Wanting To Be A Writer:

On the Origin of Death in Paradise:

On the Caribbean Setting and Inspiration from Agatha Christie:

On How He's Similar (or not) to Richard Poole:

On the Difference Between Books and TV:

On the Limitations of TV:

On Pitching the Idea for A Meditation on Murder:

On Planning the Mystery in A Meditation on Murder:

On The Fear of Writing Books:

Thank to Robert Thorogood for speaking to us! If you want to find out more you can follow him on Twitter!

Listening Books members can download and stream A Meditation on Murder and The Killing of Polly Carter by Robert Thorogood.