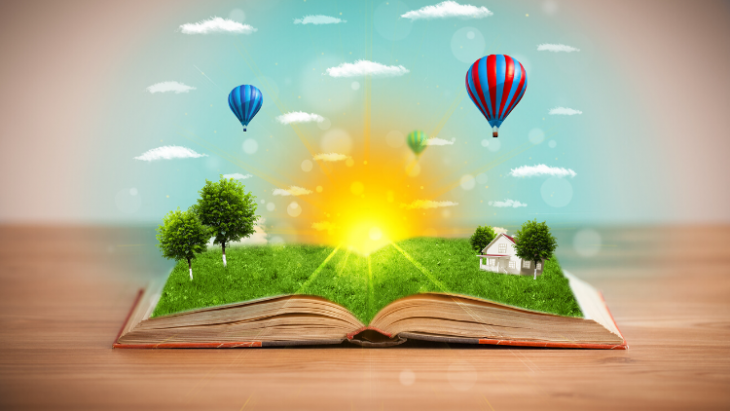 9 of the Best Audiobooks About the Natural World

April marks the arrival of Spring. Sun-yellow daffodils have burst from the ground and blossom falls like confetti. For most of us in 2020, we'll be watching the new season roll in from inside our houses, but that doesn't mean we can't get an injection of nature in our lives! There are hundreds of audiobooks about the natural world to listen to that will help take you from your living room to a meadow, a forest, or inside the life of DNA.

Audiobooks are particularly good for immersing yourself in nature stories. Once you've settled down, put your headphones in or your bluetooth speaker on, it can be a very immersive experience. Having the added extra of natural soundscapes in many audiobooks can make it feel like you're almost outside. Just open a window and add a warm breeze!

So, sit back, relax, and try one of these audiobooks about the natural world:

Other Minds: The Octopus and the Evolution of Intelligent Life -- Peter Godfrey-Smith

Is an octopus an alien? Maybe not. But it's certainly strange enough to be! In this engaging book Peter Godfrey-Smith gives a detailed study of cephalopods. He explores the evolution of octopus (octopuses? octopi?) and how their eight tentacles became so full of neurons they are virtually their own brain. My particular favourite part was a personal story about how an octopus can recognise individual scientists and squirt water at ones it doesn't like. A fascinating listen!

Borrow Other Minds from our library

This book, now almost a cult classic, is an inspiring story about being closer to nature. Its author, Robin Wall Kimmerer, draws on her knowledge from being a professor of plant ecology and also a member of the Native American Potawatomi nation to teach us to look at the world in a different way. Its central idea is that we cannot hope to change how we use the worlds resources without learning more about our reciprocal relationship with them. An audiobook to nourish the soul.

Borrow Braiding Sweetgrass from our library

When it was first released this novel received some of the biggest nods in literature - shortlisted for the Booker Prize, and winner of the Pulitzer Prize for Fiction. The book follows several interlocking characters and how they are all linked together by trees. But the most important characters are the trees themselves. By the end, Powers instills a love and appreciation of trees, as well as the wonders they bring to the world. One of the best audiobooks about the natural world that has been released recently.

Borrow The Overstory from our library

Caesar's Last Breath: Decoding the Secrets of the Air Around Us -- Sam Kean

With every breath you take, you are inhaling the history of the world. Some of the air currently in your lungs might have once been in the lungs of dinosaurs. Sam Kean goes in depth to the science of air from many different angles. Learn about Earth's early atmosphere, why the victims of Vesuvius had their heads blown off, and the invention of laughing gas. Plus, Kean's humour makes this a super engaging book that you'll whizz through!

Full disclosure: this is quite an upsetting book. David Wallace-Wells goes in-depth into the climate crisis and how it is much worse than we think. He shows not just how climate change will affect the world, but also how different parts of the world will be unevenly affected. He paints a grim, but important, picture of how humanity will have to change. It is a call for immediate action. But it isn't for the faint of heart.

Borrow The Uninhabitable Earth from our library

Beloved naturalist Chris Packham's memoir is all about his love of wildlife. It tells the story of his life in third-person, from his unhappy childhood, with his bedroom full of fox skulls and bird eggs, to the painful experiences in his forties. Through it all is a story of when he stole a kestrel from its nest and raised it himself. This is a very honest, and sometimes dark, story of Chris Packham's search for acceptance and the way nature saved him.

Borrow Fingers in the Sparkle Jar from our library

Underland is the story of the world beneath our feet. It is enormous in scope, going from the birth of the universe to a future after humans, and investigates our relationships with darkness, burial and what lies beneath the surface. But this is not just the science of earth - MacFarlane also explores folklore and mythology. Truly a fascinating journey!

Borrow the audiobook of Underland from our library

If you're fascinated by trees, but find The Overstory a bit daunting, then Peter Wohlleben's book is for you! His compelling argument is that trees are like a social network. Tree parents grow near their children and support them as they grow, can warn other trees of danger, and remember important facts that influence later decisions. Wohlleben has worked with trees for years, and he gives a fascinating account of how trees work on a different timescale. Like Tolkien's Ents, they are just slower than us. You'll never look at trees in the same way again.

Borrow The Secret Life of Trees from our library

My Family and Other Animals - Gerald Durrell

If you've seen the TV adaptation, The Durrells, then you'll want to listen to this wonderful audiobook of Gerald Durrell's life in Corfu. His childhood is full of animals - from puppies called Widdle and Puke, to scorpions, bats, and octopuses. The book itself is also full of the natural life of Corfu, but as Durrell himself says in the introduction, his eccentric family bring humour and joy as well. It's heartwarming, hilarious, and a perfect book to escape into - plus, the audiobook is narrated by Hugh Bonneville!

Borrow My Family and Other Animals from our library

Have we missed any audiobooks about the natural world that you love? Let us know in the comments!

If you liked this post, you may also like 10 Books to Inspire Your Love of Gardens and Gardening.

⭐ Winner of a @goodreads choice award for fiction⁠
⭐ Shortlisted for @_thebookseller fiction and audiobook of the year awards⁠
⭐ @audiobooks Audies finalist in fiction audiobook of the year ⁠
⁠
If you haven't discovered The Midnight Library by @mattzhaig yet then borrow the audiobook from our library - read by Carey Mulligan! Find the link in our bio. ⁠
⁠
⁠
ID: a background that gradients between pastel yellow to blue with the audiobook cover of The Midnight Library in the centre⁠
⁠
⁠
#audiobook #audiobooks #audiobookstagram #matthaig #themidnightlibrary #careymulligan #listeningbooks #goodreads #thebookseller #goodreadschoiceawards #audiobookoftheyear #audies #audies2021 #thebookseller #nibbies #fiction #booksbooksbooks #igreads #bookstagram #bibliophile #audio