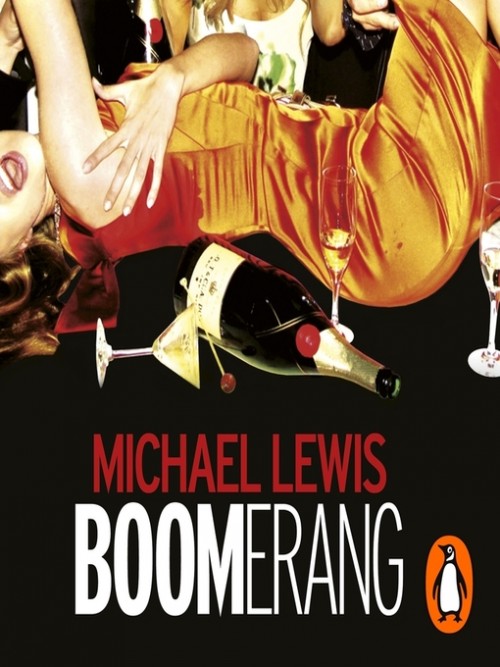 
The unabridged, downloadable audiobook edition of Boomerang: The Meltdown Tour, Michael Lewis' brilliant tragi-comic romp across post-crash Europe. Read by the actor Dylan Baker. Having made the U.S. financial crisis comprehensible for us all in The Big Short, Michael Lewis realised that he hadn't begun to get grips with the full story. How exactly had it come to hit the rest of the world in the face too? Just how broke are we really? Boomerang is a tragi-comic romp across Europe, in which Lewis gives full vent to his storytelling genius. The cheap credit that rolled across the planet between 2002 and 2008 was more than a simple financial phenomenon: it was temptation, offering entire societies the chance to reveal aspects of their characters they could not normally afford to indulge. Icelanders wanted to stop fishing and become investment bankers. The Greeks wanted to turn their country into a pi¤ata stuffed with cash and allow as many citizens as possible to take a whack. The Irish wanted to stop being Irish. The Germans wanted to be even more German. Michael Lewis's investigation of bubbles across Europe is brilliantly, sadly hilarious. He also turns a merciless eye on America: on California, the epicentre of world consumption, where we see that a final reckoning awaits the most avaricious of nations too. This is the ultimate book of our times. It's time to brace ourselves for impact. And, with Michael Lewis, to laugh out loud while we're doing it.

'We fed the monster until it blew up ...' While Wall Street was busy creating the biggest credit bubble of all time, a few renegade investors saw it was about to burst, bet against the banking system - and made a fortune. From the jungles of the trading floor to the casinos of Las Vegas, this is the outrageous story of the misfits, mavericks and ge...

Your organization's culture is the key to its success. Strategic planning is essential. People's competencies should be measured and their weaknesses shored up. People crave feedback. These may sound like basic truths of our work lives today. But actually, they're lies.

It is amazing that such an iconic brand as Barefoot Wines began as a startup in the laundry room of a rented farmhouse. Even more surprising is that it was started by a business couple with no money and no knowledge of the wine industry. They regularly ran into difficulties that nearly killed the brand. It was their unshakable belief in Barefoot's...

The Multi-Hyphen Method is an essential new business audiobook for the digital age. The Internet and our phones mean we can work wherever, whenever, and allow us to design our own working lives. In The Multi-Hyphen Method, Emma Gannon teaches that it doesn't matter if you're a part-time PA with a blog or a physio who runs an online jewellery store...