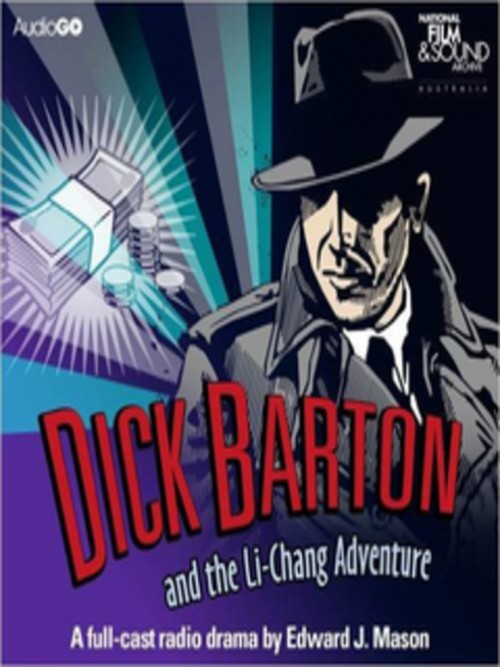 Dick Barton and the Li-chang Adventure


Douglas Kelly stars in another adventure for radio's greatest hero. Heralded by an instantly memorable signature tune, the adventures of Dick Barton, Jock and Snowey originally ran on the BBC Light Programme between 1946 and 1951. Very few of the BBC's original recordings still survive, however, in 1949 some were re-recorded for transmission overseas. Starring Douglas Kelly, these re-stagings found new audiences in Australia, New Zealand and South Africa. Over 300 of these 'international' recordings were rediscovered in the National Film and Sound Archive of Australia in 2009 and allow listeners finally to relive the escapades of the great Dick Barton. In this exciting story, an old army friend of Dick Barton needs help to crack a gang of Oriental counterfeiters. Can Barton and his friends stop the evil Wu San and Max Latour from spreading the forged currency? Find out in this next exciting instalment of 'Dick Barton - Special Agent'!

The very first adventure of radio legend and national hero Special Agent Dick Barton. Captain Richard Barton, late of the Commandos, made his radio debut on the Light Programme in 1946 and quickly went on to become Britain's most popular hero. For years the nation tuned in to hear the famous signature tune, Devil's Gallop, herald another cliff-hang...

Captain Richard Barton, late of the Commandos, made his radio debut on the Light Programme in 1946 and quickly went on to become Britain's most popular hero. This is the 1972 re-make of the very first adventure of the radio legend.