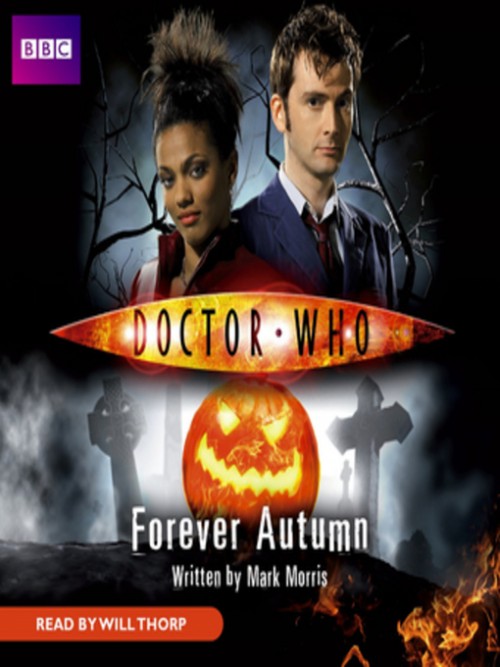 
Will Thorp reads this spine-chilling story of monsters, mystery and a magical spellbook. It is almost Halloween in the sleepy New England town of Blackwood Falls. Paper skeletons hang in windows and carved pumpkins leer from porches. The Doctor and Martha soon discover that this will be no ordinary Halloween. What is the secret of the ancient tree and the book discovered tangled in its roots? What rises from the local churchyard at night, sealing up the lips of the only witness? Why are the harmless trappings of Halloween taking on a creepy new life of their own? As nightmarish creatures prowl the streets, the Doctor and Martha must battle to prevent both the townspeople and themselves from suffering a grisly fate. Featuring the Doctor and Martha as played by David Tennant and Freema Agyeman in the hit series from BBC Television, the story is read by Will Thorp, who played Toby Zed in the TV episodes The Impossible Planet and The Satan Pit.

When the TARDIS is buffeted by 'time slippage', the Doctor experiences a terrible vision of the end of everything. Tracking the source of the disruption, he takes Rory and Amy to what appears to be an English public school in the 1950s. But the friends discover that there are some very unusual things about Darkstar Academy. For a start the prefects...

An abridged reading of a BBC Books novel featuring the Doctor and Donna (as played by David Tennant and Catherine Tate in the hit BBC One TV series). India in 1947 is a country in the grip of chaos - a country torn apart by internal strife. When the Doctor and Donna arrive in Calcutta, they are instantly swept up in violent events. Barely escaping...