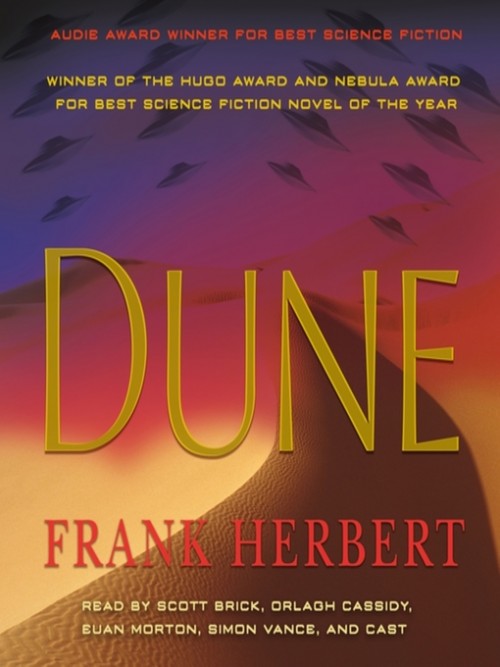 
Here is the novel that will be forever considered a triumph of the imagination. Set on the desert planet Arrakis, Dune is the story of the boy Paul Atreides, who would become the mysterious man known as Maud'dib. He would avenge the traitorous plot against his noble family-and would bring to fruition humankind's most ancient and unattainable dream. A stunning blend of adventure and mysticism, environmentalism and politics, Dune won the first Nebula Award, shared the Hugo Award, and formed the basis of what is undoubtedly the grandest epic in science fiction. Frank Herbert's death in 1986 was a tragic loss, yet the astounding legacy of his visionary fiction will live forever.

Heretics of Dune,&nbsp;the fifth installment in Frank Herbert's classic sci-fi series.On Arrakis, now called Rakis, known to legend as Dune, ten times ten centuries have passed. The planet is becoming desert again. The Lost Ones are returning home from the far reaches of space. The great sandworms are dying, and the Bene Gesserit and the Bene Tleil...

The desert planet Arrakis, called Dune, has been destroyed. Now, the Bene Gesserit, heirs to Dune's power, have colonized a green world&mdash;and are tuning it into a desert, mile by scorched mile. Chapterhouse Dune&nbsp;is the last book Frank Herbert wrote before his death: A stunning climax to the epic Dune legend that will live on forever.

The bestselling science fiction series of all time continues! This second installment explores new developments on the desert planet Arrakis, with its intricate social order and its strange threatening environment. Dune Messiah picks up the story of the man known as Maud'dib, heir to a power unimaginable, bringing to fruition an ambition of unparal...