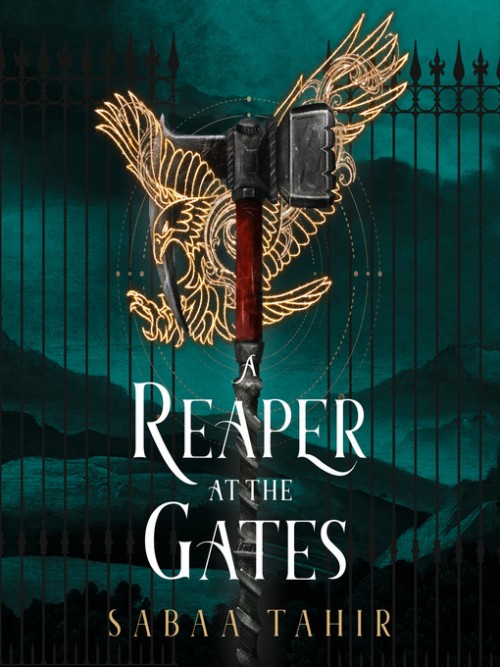 
The highly anticipated third book in Sabaa Tahir's New York Times bestselling Ember Quartet. Beyond the Empire and within it, the threat of war looms ever larger. The Blood Shrike, Helene Aquilla, is assailed on all sides. Emperor Marcus, haunted by his past, grows increasingly unstable, while the Commandant capitalizes on his madness to bolster her own power. As Helene searches for a way to hold back the approaching darkness, her sister's life and the lives of all those in the Empire hang in the balance. Far to the east, Laia of Serra knows the fate of the world lies not in the machinations of the Martial court, but in stopping the Nightbringer. But while hunting for a way to bring him down, Laia faces unexpected threats from those she hoped would aid her, and is drawn into a battle she never thought she'd have to fight. And in the land between the living and the dead, Elias Veturius has given up his freedom to serve as Soul Catcher. But in doing so, he has vowed himself to an ancient power that will stop at nothing to ensure Elias's devotion–even at the cost of his humanity.

SeriesEmber in the Ashes, Book 4

Prepare for the jaw-dropping finale of Sabaa Tahir's beloved&nbsp;New York Times&nbsp;bestselling An Ember in the Ashes fantasy series, and discover: Who will survive the storm? Picking up just a few months after&nbsp;A Reaper at the Gates&nbsp;left off... The long-imprisoned jinn are on the attack, wreaking bloody havoc in villages and cities alik...

'Tahir spins a captivating, heart-pounding fantasy' Us Weekly The sequel to the explosive New York Times bestselling debut AN EMBER IN THE ASHES, that's captivated readers worldwide. A TORCH AGAINST THE NIGHT takes readers into the heart of the Empire as Laia and Elias fight their way north to liberate Laia's brother from the horrors of Kauf Prison...