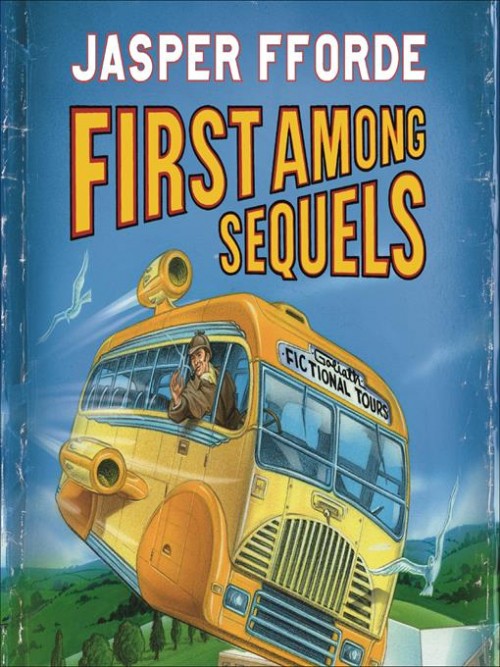 
Fourteen years after her last adventure, Thursday Next, literary detective, finds herself in an unusual situation her job policing the fictional characters of the BookWorld has been downgraded since her previous escapades are now themselves in print. However, a pressing threat may call her back into action: first Sherlock Holmes and then Miss Marple are found dead, stopping their series in their tracks. When Thursdays written self also receives a death threat, it becomes clear that a serial killer is on the loose. Meanwhile, the Goliath Corporation plan on taking literary tourists on holiday in the novels of Jane Austen. Thursday alone realizes the true intent of Goliaths unwanted incursions into fiction, but she can't fight all these battles on her own. She must team up with the one person she can't really get along with: the written Thursday Next.

Leaving Swindon behind her to hide out in the Well of Lost Plots (the place where all fiction is created), Thursday Next, Literary Detective and soon-to-be one parent family, ponders her next move from within an unpublished book of dubious merit entitled 'Caversham Heights'. Landen, her husband, is still eradicated, Aornis Hades is meddling with Th...

There is another 1985, somewhere in the could-have-been, where the Crimean war still rages, dodos are regenerated in home-cloning kits and everyone is deeply disappointed by the ending of 'Jane Eyre'. In this world there are no jet-liners or computers, but there are policeman who can travel across time, a Welsh republic, a great interest in all thi...

There is another 1985, somewhere in the could-have-been, where the Crimean war still rages, dodos are regenerated in home-cloning kits and everyone is deeply disappointed by the ending of 'Jane Eyre'. In this world there are no jet-liners or computers, but there are policemen who can travel across time, a Welsh republic, a great interest in all thi...