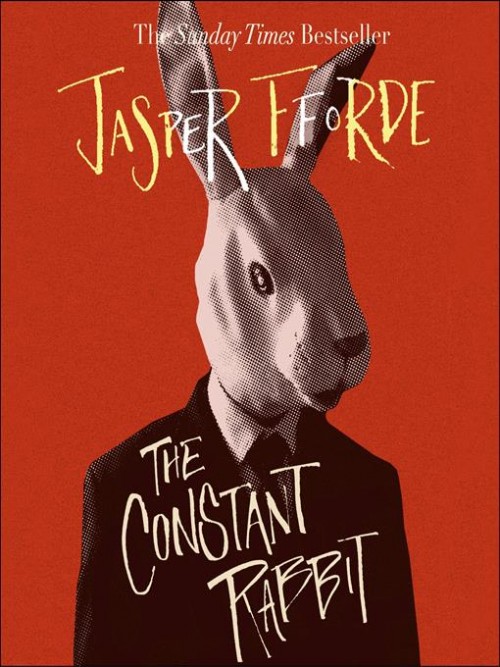 There are 1.2 million human-sized rabbits living in the UK.

They can walk, talk and drive cars, the result of an Inexplicable Anthropomorphising Event 55 years ago.

And a family of rabbits is about to move into Much Hemlock, a cosy little village where life revolves around summer fetes, jam-making, gossipy corner stores and the oh-so-important Best Kept Village awards.

No sooner have the rabbits arrived than the villagers decide they must depart. But Mrs Constance Rabbit is made of sterner stuff and her family are behind her. Unusually, so are their neighbours, long-time residents Peter Knox and his daughter Pippa, who soon find that you can be a friend to rabbits or humans, but not both.

With a blossoming romance, acute cultural differences, enforced rehoming to a MegaWarren in Wales and the full power of the ruling United Kingdom Anti Rabbit Party against them, Peter and Pippa are about to question everything they'd ever thought about their friends, their nation and their species.

It'll take a rabbit to teach a human humanity...

Leaving Swindon behind her to hide out in the Well of Lost Plots (the place where all fiction is created), Thursday Next, Literary Detective and soon-to-be one parent family, ponders her next move from within an unpublished book of dubious merit entitled 'Caversham Heights'. Landen, her husband, is still eradicated, Aornis Hades is meddling with Th...

Thursday Next, Literary Detective and soon-to-be one parent family, ponders her next move from inside an unpublished novel of dubious merit entitled 'Caversham Heights'. Her husband, Landen, exists only in her memories and with Goliath and the Chronoguard on her tail, the safest place for her to be is inside the covers of a book. But changes are af...