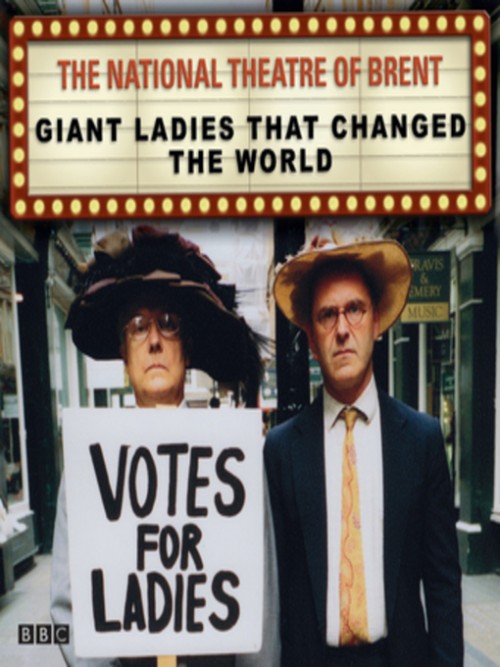 Giant Ladies That Changed the World


Spoof theatre company The National Theatre of Brent take on the story of the Suffragette Movement in this hilarious Radio 4 series, first heard on the Woman's Hour Drama slot The award-winning National Theatre of Brent aka Desmond Olivier Dingle and Raymond Box present the entire epic struggle of the Suffragettes or the Giant Ladies as they was also known. In other words the fight for ladies to have the vote so they can vote like we do today. Few people realize what they went through and what the men done to stop it and it wasn't just the vote they won but a great revolution that the world needs today more than any other revolution actually before it all goes pear-shaped basically. This is their historic story. Told over a single week in five hard-hitting and historically researched historic episodes - the first time in the history of the BBC that the whole history and many historic ladies of the fight for Women's Suffrage has been played by two men. The National Theatre of Brent has decided to tell this historic and revolutionary tale through the eyes of their heroine, Little Dorrit... Written and performed by the National Theatre of Brent, who are Patrick Barlow and John Ramm, Giant Ladies that Changed the World is produced by Liz Anstee ?and directed by Patrick Barlow.